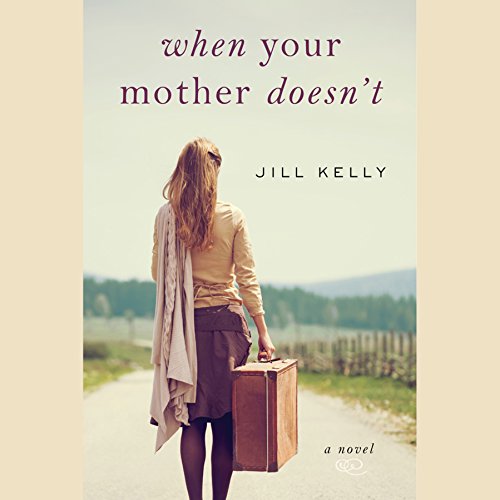 When Your Mother Doesn't

What kind of women do daughters become when their fathers are missing and their mothers can't love them? How do they find love and ways to love themselves?

Nearly three decades of secrets lie between Lola Ashby and the two girls she reluctantly raised. Now, prompted by the one father figure she respects, older daughter Frankie agrees to drive from Portland to visit her ailing mother, who abandoned the girls when they were in high school. When younger daughter Callie announces to Frankie that she's moving her fashion-model career to Los Angeles from the East Coast, Frankie badgers her sister into meeting up in the Idaho panhandle for a family reunion to dilute the impact of their mother's indifference.

However, on Frankie's first night on the road, the trip gets more complicated when a well-dressed elderly woman at a rest stop dumps a young boy in her lap with a request to take him on to Montana. And Callie's exit from Pittsburgh is fraught with its own shady and violent difficulties. Meanwhile Lola strengthens her resolve to keep the past and its secrets where they belong.

What listeners say about When Your Mother Doesn't

I enjoyed most of this book. The only part I felt was unnecessary was the gay situations. Seems that every single movie, book and TV show feels it mandatory to have some kind of gay reference of some sort. Other than that, it was a good read.

If I could give no stars I would

This book has no story and is pointless.. I wish I could’ve give 0 stars..

Loved it from start to finish. The entire book was so real that I felt I was living it. It seemed to me that the author would have to have had these experiences to be able to write them so well. I am so looking forward to her next book.

So happy I accidentally listened

I loved this book!! I was interested beginning to end and I really felt I was right there with each of the characters!! I felt the narrator was perfect!! When you grow up like that and and won't allow yourself to get excited about anyone or anything, you do actually come across monotone!
Bravo Jill Kelly!!! I'll be looking for more books!!!

I kept thinking I was going to quit reading this book but I finished it now I need to read something a lot lighter to get this off my mind… probably the most depressing depiction of motherhood I’ve ever read and the narrator/author was way too monotone for my liking.

Author as narrator-a very sad story full of melancholy, but continued to listen to see what would unfold next.

Made me fall in love with ALL the main characters!!

This writer is brilliant!! Usually I pick one main character to cheer for in a book but she made me fall in love with all of them! I went from hating to loving Lola!! I loved this book!

pretty good book, despite the author reading it in a depressing monotone. interesting exploration of some women and their mother. I thought the characters were very relatable

I randomly selected this title and had no idea what to expect. I could feel the emotion of the author's thoughts and words. Her voice was soothing. I highly recommend.

this was a good story until the end left me feeling as if it was not completed. I'm not sure what was decided with T Roy. That might be because I may have spaced out due to the poor narration