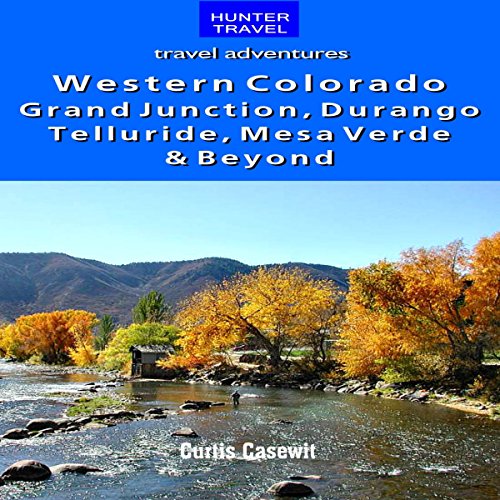 Vast expanses of wild, rugged hills make up this country. The city of Grand Junction - so named for the confluence of two rivers - is the gateway to the wilderness and Utah's rugged terrain. Just east of Junction is Palisade, a valley lush with peaches and pears that abuts the 50-mile-wide flat-topped Grand Mesa, bursting with recreational activities.

To the north are the Book Cliffs and eventually Dinosaur National Monument. Grand Mesa National Forest boasts 300 lakes and reservoirs. At an average elevation of 10,000 feet, hundreds of lakes, forests, and meadows attract wildlife to its conifer-covered mountainsides. Many million years ago, a flash flood or other natural disaster trapped a dinosaur colony living near present-day Green River within the surrounding canyon walls. Earth and water conspired to entomb this pack of dinosaurs in a sandbar, where they would remain until they were discovered in 1909.

Over the years, 1,000 tons of bones were excavated, most of which had been preserved in their pristine state. The rolling hills of the Flat Tops Wilderness Area are ideal for hiking and mountain biking. Wildflower-filled meadows and hidden little lakes fill this beautiful area. Southwestern Colorado revels in its historic roots.

The ancient Anasazi Indians left behind their cliff dwellings and mysteries 700 years ago at Mesa Verde National Park, Ute Mountain Tribal Park, and Hovenweep National Monument, among other sites. The white men who came seeking riches built ornate Victorian structures, as well as railroads to haul their precious ore, at the end of the last century.

Fine examples of this architecture can be seen today in Durango, Silverton, Ouray, and Telluride. And 200,000 tourists ride the famous Durango & Silverton Narrow Gauge Railroad every year between these two cities, the only line left from all the rail routes that once serviced the remote mountain communities.

This guide covers all the places to stay and eat in Western Colorado, the adventures, the history, how to get around, and much more.

No life or spark

Would you try another book from Curtis Casewit and/or Wayne Hughes?

Don't think so unless I was assured it had more substance then this one.

Not sure anyone could have made this material interesting.

Not much better than a 70's travelogue.