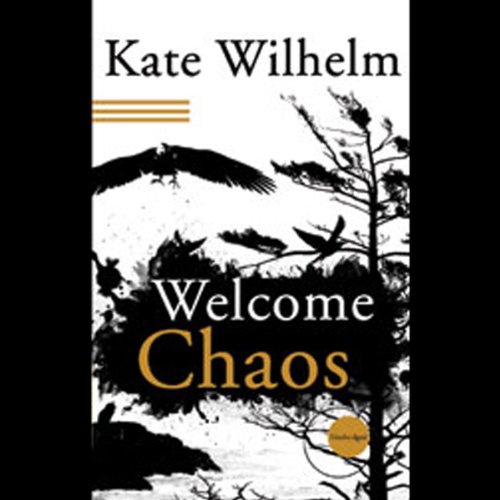 By: Kate Wilhelm
Narrated by: Johanna Ward
Try for $0.00

What would happen to the precarious balance of power if scientists could extend life for centuries? If one power bloc had biological protection against radiation and the other did not? Whose thumb would press the button first?

When Lyle Taney took leave from her teaching job to live high in the mountains, researching the ways of eagles, she was just planning to write her next book. Lasater was an unscrupulous, skilled operative who thought he could maneuver her as he pleased. He believed women were incapable of making ethical or moral decisions - but he was wrong. When the obscure government agent from an anonymous department tried to force Lyle to spy on her mysterious neighbors, she resisted. But the first step had been taken, involving her in a life-and-death struggle.

"An excellent and thought-provoking read." ( School Library Journal)
"[A] compelling psychological drama...poses questions that have a clear relevance to today's world." ( Large Print Reviews)
"[A] brilliant tour de force...serious science fiction skillfully blended with elements of the suspense novel. Behind the narrative loom the questions raised in the Faust legend and in Mary Shelley's Frankenstein: are the dangers of unlocking nature's secrets so great that limits should be imposed on the inquiring mind? And who is to decide?" ( New York Times)

What listeners say about Welcome, Chaos

This book was very wierd - more of a science fiction than a mystery novel, which is what I thought it would be. I found the plot a bit unusual too -- but more than that, it seems the author likes to name her women with men's names and the men with women's names. Has anyone else noticed that? Hiliary a man's name? Carmen a man's name? Lyle a woman's name? All in all I would have to say the book wasn't bad to listen to but not my favorite.

If you enjoy Kate Wilhelm's Lawyer series, don't get fooled into thinking this book is like those. I found it without any worthwhile comments. Don't waste your time.