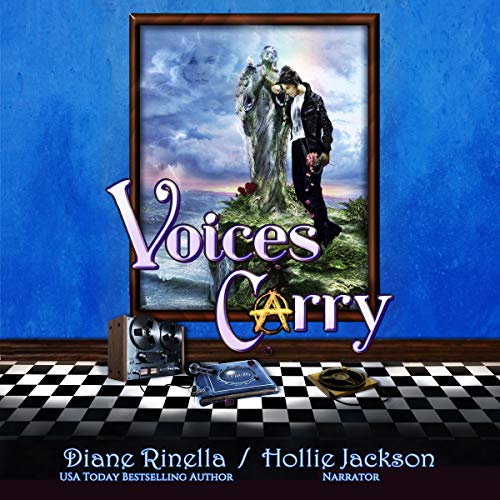 By: Diane Rinella
Narrated by: Hollie Jackson
Try for $0.00

An incredible romance involving a man, the music he craves, and the voice that haunts him.

Rock and roll turns Brandon Wayne into a juvenile delinquent in all the best ways - crazed, ambitious, and with a slip of danger nagging at his hips. His marketing job at Endeara Candies and hunting down classic vinyl nirvana at Warped Records make his world seem ordinary, but there is another side to his life.

As an anniversary of tragedy approaches, odd occurrences riddle Brandon's mind with questions. Whose voice is suddenly materializing in his head? Is he fabricating a psychic who looks like one of his favorite rock stars? Why is he having retro dreams involving welded beer cans, disco, and a punk rock girl? The puzzle seems never ending.

Have the musty fumes at Warped Records and the terrible candy at work rotted Brandon's brain? Has he crossed into the realm of insanity? Or is the reason for the madness beyond his comprehension?

The Rock and Roll Fantasy Collection features standalone novels where the characters' love of music plays a pivotal role in both their lives and the plot. The standalone novellas revolve around the supporting characters. Although the books can be listened to in any order, those who wish to enjoy the entire collection should start with It's a Marshmallow World before moving on to Scary Modsters...and Creepy Freaks, Queen Midas in Reverse, followed by Voices Carry. Please watch for Moonlight Serenade, coming soon.

What listeners say about Voices Carry