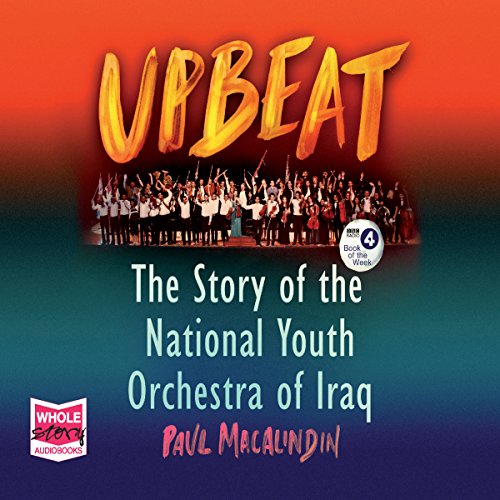 By: Paul MacAlindin
Narrated by: Tom Carter
Try for $0.00

The story of the National Youth Orchestra of Iraq is here told by its musical director, from its inception to its eventual end. The NYOI came through the most difficult and dangerous of times to produce fine music not only in Iraq but also in Britain, Germany and France. A beacon of hope and achievement, the young musicians and their tutors made bridges across their own ethnic divisions. They made great music in the most trying and tragic of circumstances and became their country's best ambassadors in 5,000 years.

"Upbeat serves as an inspiring and insightful guide towards understanding a land too long dominated by war and violence." (The Express)
"An amazing and deeply inspiring story." (The Bookseller)
"One of the most unlikely, and genuinely heroic, stories you're ever likely to read." (The Spectator)

What listeners say about Upbeat