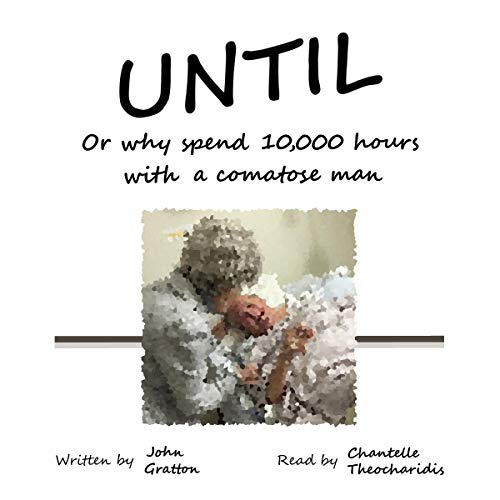 Or Why Spend 10,000 Hours with a Comatose Man
By: John Gratton
Narrated by: Chantelle Theocharidis
Length: 38 mins
Categories: Self Development, Motivation & Inspiration
4.5 out of 5 stars 4.5 (6 ratings)

An unexpected twist in a new chapter doesn’t mean your story is finished.

There is so much pressure to get rid of anything that isn’t easy, to let go of anything that hurts, to throw away what doesn’t meet our needs right now, to give up, to quit, to just walk away when things don’t work out how - and when - we want.

And that’s the problem. Getting rid and letting go and throwing away and giving up and quitting and walking away are almost always a tragic mistake. Better is to keep, to hang on, to stick with it, to endure, to stay. Figure out what is wrong and what can be done, what must be done, to fix it, then do what it takes. Do it until. That’s almost always the right thing to do.

Examples in this short audiobook include a bicycle, a vein of gold, world-class knitters, and much to my surprise, my mother, who spent more than 10,000 hours taking care of my dad following his strokes.

There are too many broken hearts, broken homes, broken lives, simply because too often, we aren’t willing to persevere. We aren’t willing to keep our commitments. Whether it’s pride or ignorance or laziness or arrogance, we so often are not willing to overcome difficulties that are common to us all.

Sometimes, you may have to step away, to let go, but be slow to do so. Chances are your fairy tale isn’t irreparably broken. An unexpected twist in a new chapter doesn’t mean your story is finished.

This is a short work, as all Cent Deux Books are. But listen to it a few times, consider it, divine what those words are telling you in your situation right now and then decide what they are worth and what you can do. Then do it. Do it until.

I just finished reading (listening to 👂) this book written by my Brother in law John.
John is a gifted author/public speaker. Since he moved back to Springfield and out of our church congregation, a few years ago, I have missed hearing him teach and occasionally speak over the pulpit. This book fills a void for those also missing hearing John speak and for those who have never heard him....your in for a treat!

Thank you for a timely and encouraging writing! The story is heartwarming and a pearl of wisdom.