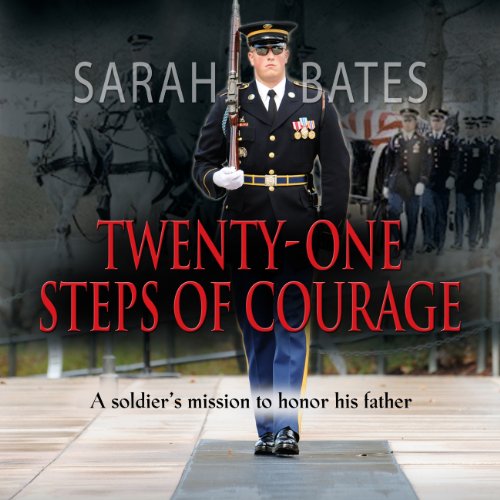 By: Sarah Bates
Narrated by: Matthew Douglas Hill
Try for $0.00

In 2006, with wars in the Middle East raging, Rod Strong enlists in the Army to seek the goal his father did not achieve when he tragically died in the Gulf War. His objective: The Old Guard regiment, the elite Soldiers who stand as Sentinels at the Tomb of the Unknown in Arlington Cemetery. He overcomes the setbacks that litter his path until an unexpected firefight in Afghanistan changes his life forever.

What listeners say about Twenty-One Steps of Courage

What made the experience of listening to Twenty-One Steps of Courage the most enjoyable?

This story has good character development - make me want to here what happens next to the characters - perhaps a sequel?

Yes, listened to it on an airplane and waiting for my connection over the holidays; then couldn't put it down and had to find out what happened.