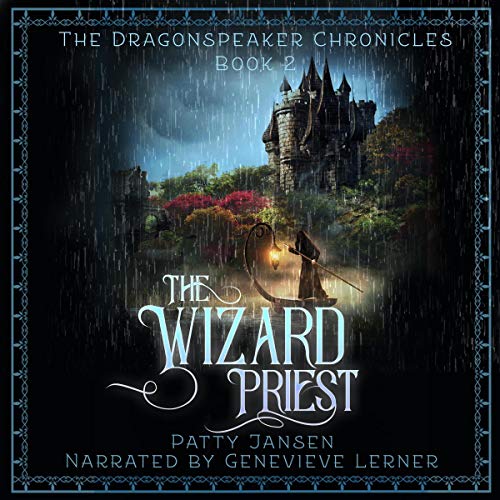 A young prince, an evil wizard, and a city that no longer seems to care.

Cast out from the palace, Nellie survives in the streets of Saardam with the poor and destitute and a dragon whose behavior she can't control but is the key to finding the last member of the royal family.

The pompous Regent is hell-bent on finding the person who has killed his court advisor, and he has decided the dragon is guilty. If he doesn't find a culprit, his main source of money is at stake. The guards comb the city. It's only a matter of time before they find Nellie.

A terrible mishap caused by the dragon puts Nellie's friend and a number of other innocent people in prison. Nellie can no longer run and hide.

She concocts the most daring escape plan ever, but in gathering help to carry it out, she makes discoveries that may change the future of the city.

What listeners say about The Wizard Priest

good hope next one is audible