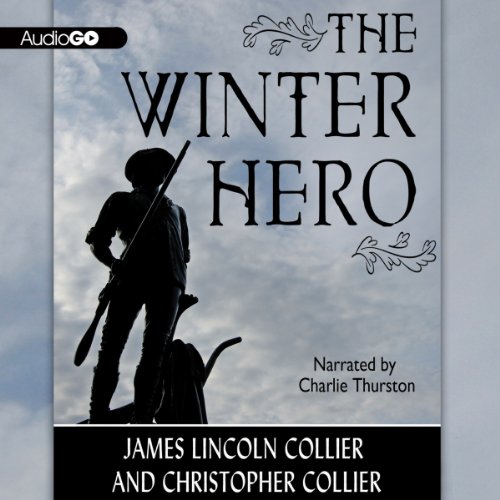 Justin Conkey was too young to fight in the Revolution of 1776, but now it is 1787 and he is 14. Justin is ready to fight, even if he has only his father’s old sword to protect him. But once on the battlefield, war is not what he expected. It is dangerous and frightening and nothing makes sense.

Throughout a particularly bitter winter the young man is desperate to prove that he too can be a hero - not realizing that many times heroes turn out to be just ordinary people caught up in extraordinary events, who do what comes naturally to save others regardless of risk to themselves.

Insisting on joining General Daniel Shays’ group of Regulators, he lies about his age and marches with the group throughout New England. But war puts friendships and political convictions to the test.

What listeners say about The Winter Hero