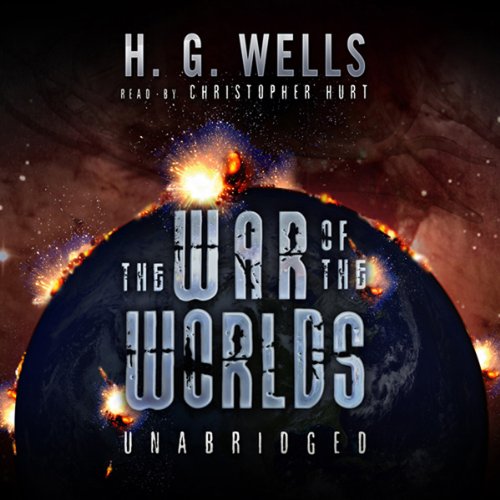 "No one would have believed in the last years of the 19th century that this world was being watched keenly and closely by intelligences greater than man’s and yet as mortal as his own.…”

So begins The War of the Worlds, the science fiction classic that first proposed the possibility that intelligent life exists on other planets.

This spellbinding tale describes the Martian invasion of Earth. Following the landing in England of ten huge and indefatigable creatures, complete chaos erupts. Using their fiery heat rays and monstrous strength, the heartless aliens threaten the future existence of all life on Earth.

This classic chiller, when adapted for radio in 1938 by Orson Welles, was realistic enough to cause widespread panic throughout the United States.

H. G. Wells (1866–1946), born in Bromley, Kent, England, is known as the father of science fiction. He was also a prolific writer in other genres, including contemporary novels, history, and social commentary.

"This archetypal story of alien invasion provided a model for countless cruder imitations." ( Cambridge Guide to Literature in English)
"The story…captured popular imagination with its fast-paced narrative." ( Merriam-Webster Encyclopedia of Literature)