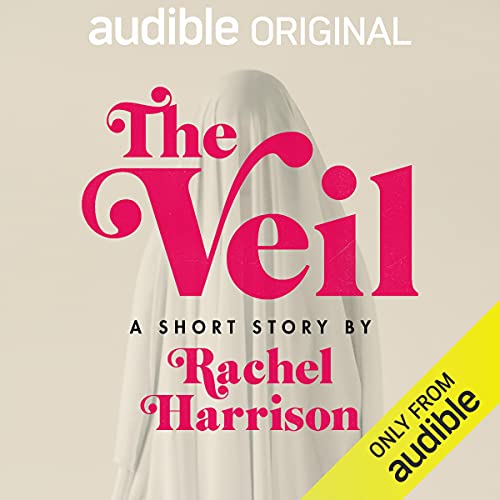 By: Rachel Harrison
Narrated by: Louisa Krause
Try for $0.00

Sally has recently left an unfulfilling job to volunteer at a living history museum, where she is assigned to the Death House. Every day, she dons Victorian mourning garb and describes traditional funeral services to tourists. It sounds depressing as hell, but for Sally, it’s less depressing than her tepid marriage to her childhood sweetheart.

This becomes all too clear when she accidentally travels through time and space to a liminal world where the ghosts of the living history museum haunt its grounds. There, she meets and falls hard for Victorian-era pretty boy Nathaniel. Their heady, romantic encounters douse Sally in the sad reality that her marriage is anything but and leave her tempted to join Nathaniel permanently in his realm.

Is Sally’s marriage literally a fate worse than death, or is there another way altogether?

Rachel Harrison is the author of the forthcoming novel Cackle. Her debut, The Return, was nominated for a Bram Stoker Award for Superior Achievement in a First Novel. Her short fiction has appeared in Guernica and Electric Literature. She lives in western New York with her husband and their cat/overlord.

Whether you like werewolves or witches, there’s a listen for you on this list of the best paranormal romance audiobooks.

From a variety of genres, including sci-fi, fantasy, romance, and more, here are the 20 best short story audiobooks available.

What listeners say about The Veil

I liked it. Nice lesson about independence and love. The narration was great and I would recommend. I listened while I made dinner.

This story surprised me in great ways. Harrison manages to make me laugh even as the plot takes various darker turns— nothing too scary here, but the right dose of spooky, I’d say! Also the narrator is amazing. Highly recommend this, especially for anyone who wants a jumpstart on spooky season reads.

Cute short story about dreaming about everything you ever wanted versus what you might really need.

This is short but it kept my attention throughout. Nice message at the end of the journey. Worth the time.

I loved it. A great story about a young woman finding her way in life. Very inspiring.

This reminds me of Emily Dickinson‘s poem, because I could not stop for death. It is delightful and I am glad it was free also; but that is not the point. It takes the reader on an interesting romantic jaunt that encourages a connection between the poem by Dickinson and the story by HARRISON.

This was a fun little fantastical story combining old fashioned romance with modern relationship complications and a little extra steaminess for good measure. Charmingly original concept, accomplished with enough realism to ground the tale and a delightfully humorous tone. The reader was great, handling the transitions between the characters (even the British accent) beautifully. I enjoyed this one a lot!

Strange story. Felt messy and the ending was never concluded with a choice she made. Just stated what her choice was but idk what else to expect with a 45 min story. Guess it was good to pass time.

Glad it wasn’t longer and was free.

Not fond of the ending

I like the voice actor. The story starts off interesting but lacks details in the plot and the ending was abrupt.