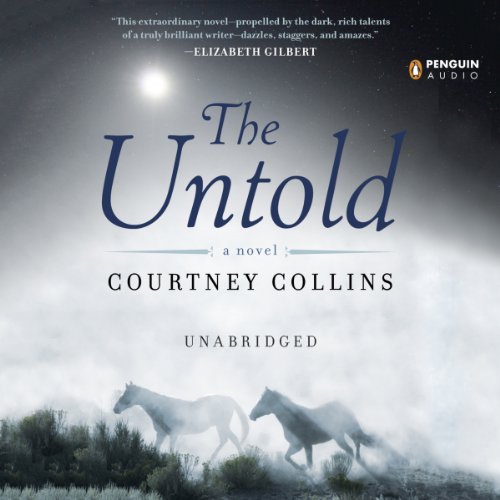 With shades of Water for Elephants and True Grit, a stunning debut novel set in the Australian outback about a female horse thief, her bid for freedom, and the two men trying to capture her.

Born wild and brave, by 26 she has already lived life as a circus rider, horse and cattle rustler, and convict. But on this fateful night she is just a woman wanting to survive, though there is barely any life left in her.

Two men crash through the bushland, desperate to claim the reward on her head: one her lover, the other the law. But as it has always been for Jessie, it is death, not a man, who is her closest pursuer and companion. And while all odds are stacked against her, there is one who will never give up on her - her own child, who awaits her.

Loved this book and especially the narration!

I heard about this book on NPR and decided to try it. I am SO GLAD I got the audiobook instead of the print version! This is the fictionalized account of an actual young woman -- a trick rider, horse-whisperer and outlaw -- in the Australian outback in the early years of the 20th century. The heroine was memorable, the landscape descriptions compelling, the plot exciting, and the surprising omniscient narrator superbly voiced by the author herself, in a soft and compelling Aussie accent. The narration made the book come alive!

Raw and well preformed. Intrigued the entire story, felt unfinished at the end, but good overall!