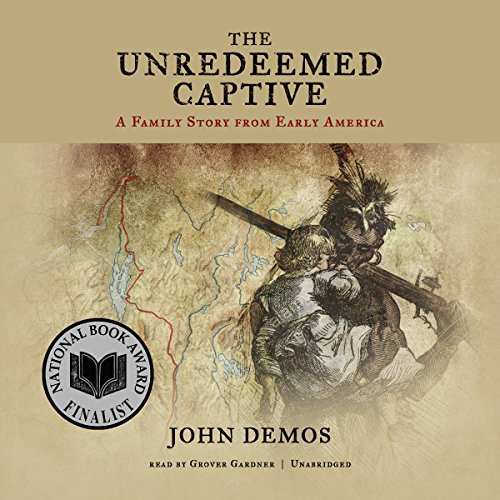 By: John Demos
Narrated by: Grover Gardner
Try for $0.00

The setting for this haunting and encyclopedically researched work of history is colonial Massachusetts, where English Puritans first endeavored to "civilize" a "savage" native populace. There, in February 1704, a French and Indian war party descended on the village of Deerfield, abducting a Puritan minister and his children. Although John Williams was eventually released, his daughter horrified the family by staying with her captors and marrying a Mohawk husband.

Out of this incident, Bancroft Prize-winning historian John Devos has constructed a gripping narrative that opens a window into a North America where English, French, and Native Americans faced one another across gulfs of culture and belief - and sometimes crossed over.

What listeners say about The Unredeemed Captive