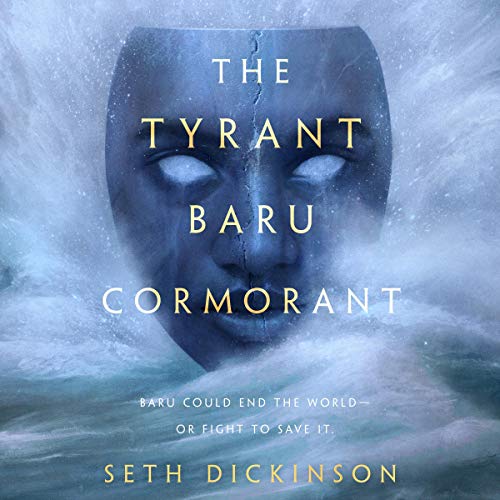 By: Seth Dickinson
Narrated by: Christine Marshall
Try for $0.00

The hunt is over. After 15 years of lies and sacrifice, Baru Cormorant has the power to destroy the Imperial Republic of Falcrest that she pretends to serve. The secret society called the Cancrioth is real, and Baru is among them.

But the Cancrioth's weapon cannot distinguish the guilty from the innocent. If it escapes quarantine, the ancient hemorrhagic plague called the Kettling will kill hundreds of millions...not just in Falcrest but all across the world. History will end in a black bloodstain.

Is that justice? Is this really what Tain Hu hoped for when she sacrificed herself?

Baru's enemies close in from all sides. Baru's own mind teeters on the edge of madness or shattering revelation. Now she must choose between genocidal revenge and a far more difficult path - a conspiracy of judges, kings, spies and immortals, puppeteering the world's riches and two great wars in a gambit for the ultimate prize.

If Baru had absolute power over the Imperial Republic, she could force Falcrest to abandon its colonies and make right its crimes.

What listeners say about The Tyrant Baru Cormorant

I love the way Seth Dickinson writes Baru. She is one of the most well developed female characters I have ever read. I highly recommend this series. The clinical way of writing is juxtaposed with Baru and her sexuality and I love it. She’ll be talking about the intricate was of the economy and then she’ll think of a woman and it gets suddenly spicy. It all flows and makes sense and I love all the characters and how Baru interacts with them. She is a wild child.

Ever since the first book in this series came out, I was almost dreading the next ones because the first one was so good (still my favorite book to date). However, though I did not see any of the things in the second or third book coming, they all tell a cohesive, epic tale about Baru and the world she inhabits. I love how detailed everything is, I love everything coming full circle, I love the characters, the countries, and I am going to miss them all so so much. Not to mention the narration is excellent. I have to say it took me a while to get used to her, but now I can’t imagine the series being narrated by anyone else. She has just enough drama to get me engaged, but also enough restraint to let the story itself shine through her words. My only complaint would be that the book isn’t as good as the first one, but that’s like saying a diamond ring isn’t as great as a diamond necklace. The series is as close as you can get to perfect.