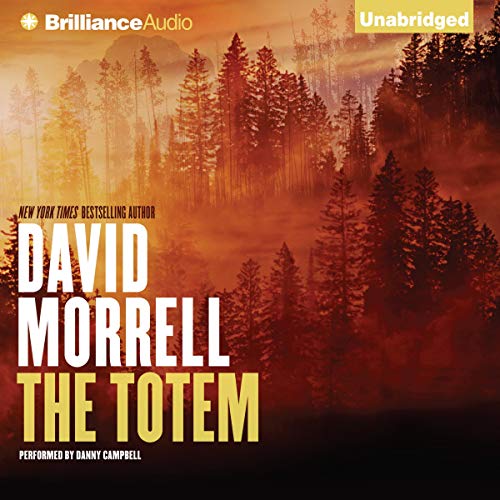 By: David Morrell
Narrated by: Danny Campbell
Try for $0.00

When police chief Nathan Slaughter settles in the tiny mountain community of Potter’s Field, Wyoming, his most fervent prayer is that he has left behind him forever the nightmare he barely survived on a blizzardy night in Detroit. But nothing prepares him for the greater sanity-threatening nightmare he is about to confront. Beginning with the discovery of mutilated cattle on outlying ranches, Slaughter is drawn deeper and deeper into a vortex of terror as animals become savage and children go insane, trapping the entire town in a frenzy of violence. As Slaughter races against time to expose the horrifying secret behind the increasingly savage attacks, he also struggles to overcome his deepest fears.
©1979 David Morrell (P)2013 Brilliance Audio, Inc.
Mystery Suspense
Show more Show less

What listeners say about The Totem

if I had a time machine I would go back in time and tell myself to save the credit. nothing really happens. Leftover Research from Rambo

Good story and worth the while. Realistic, likable characters. For me, the ending had a punch. Not disappointing as some or most endings. If you like suspense and werewolvian horror, chances are, you might like this.

I liked the premise of this book and started listening eagerly. Everything about it was wrong for me: the narrator's leaden voice, the turgid story and the lack of characters I had any interest in. I tried to keep going because I hate to waste my credits but after 3 hours, I'm just giving up.