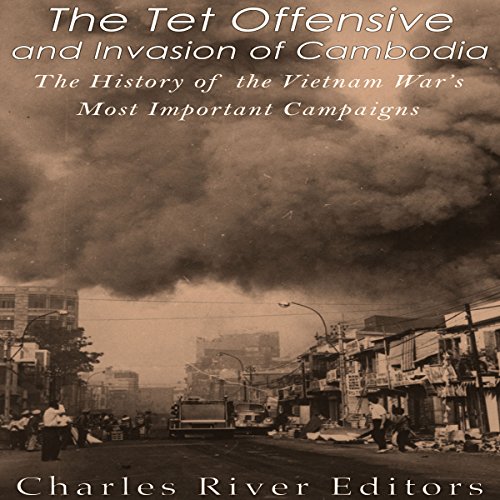 The Tet Offensive and Invasion of Cambodia

The Vietnam War could have been called a comedy of errors if the consequences weren't so deadly and tragic. In 1951, while war was raging in Korea, the United States began signing defense pacts with nations in the Pacific, intending to create alliances that would contain the spread of Communism. As the Korean War was winding down, America joined the Southeast Asia Treaty Organization, pledging to defend several nations in the region from Communist aggression. One of those nations was South Vietnam. Before the Vietnam War, most Americans would have been hard pressed to locate Vietnam on a map. South Vietnamese President Diem's regime was extremely unpopular, and war broke out between Communist North Vietnam and South Vietnam around the end of the 1950s. Kennedy's administration tried to prop up the South Vietnamese with training and assistance, but the South Vietnamese military was feeble. A month before his death, Kennedy signed a presidential directive withdrawing 1,000 American personnel, and shortly after Kennedy's assassination, new President Lyndon B. Johnson reversed course, instead opting to expand American assistance to South Vietnam. By the end of 1967, with nearly half a million troops deployed, more than 19,000 deaths, and a war that cost $2 billion a month and seemed to grow bloodier by the day, the Johnson administration faced an increasingly impatient and skeptical nation. Early in 1968, a massive coordinated Viet Cong operation - the Tet Offensive - briefly paralyzed American and South Vietnamese forces across the country, threatening even the American embassy compound in Saigon.

What listeners say about The Tet Offensive and Invasion of Cambodia