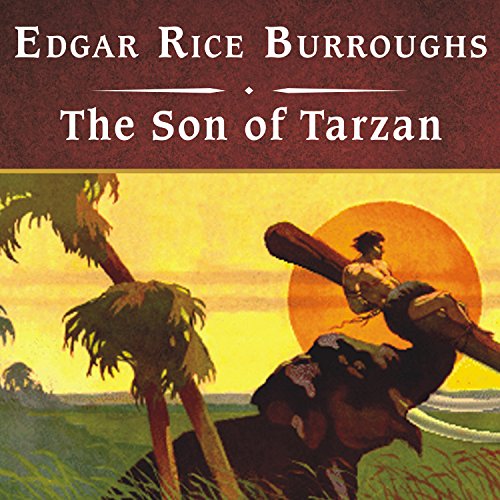 The Son of Tarzan

By: Edgar Rice Burroughs
Narrated by: Shelly Frasier
Try for $0.00

Paulvitch seeks revenge against Tarzan once again, this time by luring Lord Greystoke's rebellious son away from London. The great ape Akut foils the plot of revenge as he helps the boy escape the wrath of Paulvitch. Akut and the son flee to the savage African jungle where Tarzan was reared.

In his quest to survive, the young civilized boy reckons with life and death as he encounters the same dangers that his father once faced and ultimately matures into the mighty warrior, "Korak the Killer." In one of his many adventures, Korak rescues a young beauty, Meriem from an Arabian band of raiders. Like Tarzan, Korak discovers that the perils of the jungle are nothing compared to the evils of men. Tarzan Series #4.

What listeners say about The Son of Tarzan

As always...Tarzan is da man!!

Great book for any age. Read this series when I was 9 and again now at 44, still just as captured!

If you have been reading the Tarzan books this far, then I think it doesn't have to be said how wonderful and classic this series is. I loved the new cast that follows Jack Greystoke through this adventurous tale. The honorable Morrison Banes and Mareon really make this story. I enjoyed watching them grow and have many character development moments throughout. It is a great continuation of the series and I highly recommend it.

Son of Tarzan delivers! Shelly Frasier's narration is most excellent!! On to the next adventure!