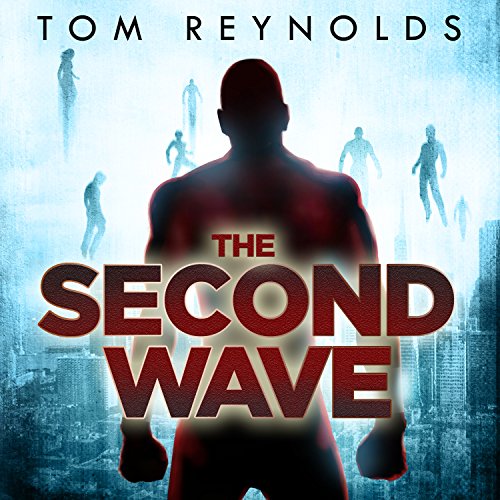 By: Tom Reynolds
Narrated by: Kirby Heyborne
Try for $0.00

Summer's over, and Connor Connolly is headed back to school to start junior year. But with metabands falling from the sky, the world has changed overnight, and now there are thousands of new metahumans. Just like regular humans, not all metahumans are using their new powers for good.

Now, Connor's not only dealing with the pressures of being a super-human and training with his mentor, Midnight, but also has to balance relationships with the people he cares for most - people who find themselves on different sides of the fence when it comes to their feelings about the new metahumans and the impact they're having on everyone else's lives.

As the world struggles to adjust to the events of the past few months, Connor's alter ego, Omni, works with The Agency to apprehend law-breaking metahumans, and detain them at the Silver Island Meta Detention Facility. When he's recruited for a job assisting the government agency with disarming one of the most powerful and secretive metas in Bay View City, he never expects the devastation of that mission or the effect it will have on both humans and metas. Is Connor capable of becoming the hero he wants to be?

What listeners say about The Second Wave

I'm listening to this for the second time, and I love this book series. I just bought the new book Midknight Strikes, and look forward to another great read.

this story was really good and held me in the whole time... I just had to get use to the reader...but once that happened I was all in. Now to find the next part....

This book took everything from the first and kicked it up a level. I love this world of supers!! Tom has been able to take a subject we already think we know, and bring a unique twist.

Sometimes we forget the perspective of the story. I keep wanting some more of what other people are up to. then I remember this is Conners story. Lol! Guess I'll have to wait for the .5 novels.

This book had items i liked and things I don't mainly the narrator yelling at times!!!

everything about this story was perfect. however going from book one to book 2 and having the narrator change was off putting. i don't know if that's how all books on here are done if it's a series but it was hard to get into but after about 9 chapters or so I got use to it and was fine with it cause it's so well done. Also had to take a star away from the story just because it seemed like the author forgot some aspects of his own story kinda like hownhe changed 100 into thousands into tens of thousands at one point

the story hooks me. but I don't really enjoy the writing style or narration.

writing seems to be inconsistent and characters seem to just never address a lot of issues.

narrator needs to work on his yelling. there is a lot of yelling and he sounds the same every time, for every character.

This book really needed a second set of eyes to smooth out the rough edges. There are problems both big and small. Examples: in one scene a character’s phone is destroyed, but in the next chapter (taking place the next day) the character has a fully functioning phone with all the specialized apps with no comment on how that happened. On a bigger scale; the main character performs mighty feats without worrying about power drain in one scene, only to be completely run out of power in a pivotal scene without having actually done anything. Perhaps this was intended, but it does not have any of the normal tells that such an event is taking place.

The first book started off good, the second got even better going more in depth for the characters and the bracelets. Having a real narrator helped a lot as well, if you like the hero genre def give this series a try, stick through the first book with the author narrating!

really enjoying this serious, now I have to wait and get the third book. really easy audio book to listen to, hope the next one is as good as the first 2. I might be the odd man out but I actually preferred the authors voice especially with his Kevin Conroy as batman impersonation for midnight

what a fantastic book

The book tells of the consequence of having power's in a real world. and what effect on other's. lt is a great continuation from book one .

I was so frustrated by nearly every thought decision by the main protagonist and his prattling. I just wanted to thump him again and again and again. I wanted to wail on him for being such a putz. He didn't handle anything well. He cares more about his privacy than he does about actually saving people. This seemed less about a coming of age story with supers as the opportune times to be a hero who wants credit but "doesn't do it for the credit" I am not sure if I am getting book three.... on the one hand I want to see if it's actually better and less "meh" but at the same time. Connor makes me so angry! Not a case of what I think should happen compared to what happens but come ON. The whole debacle with his gf. And how he managed his time with her and his hobby was just dumb. Then he is surprised why she doesn't want to be with the scat for brains mp and then the author makes it out that she's actually pretty cool that he's such a flake. Suddenly taking a strong female lead and breaking her 1950 American pop culture style. Now go make me a martini sweetheart while I barbecue a steak in the back yard. Fuck off.