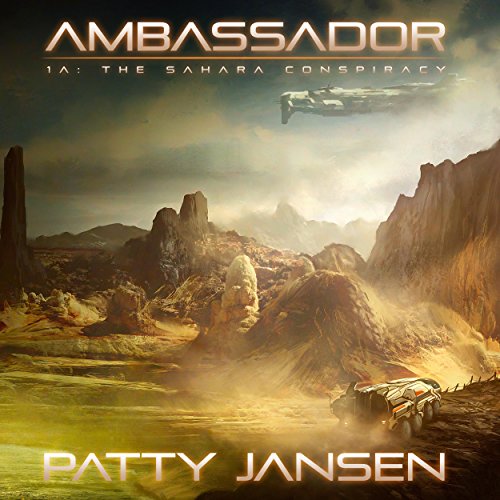 By: Patty Jansen
Narrated by: Matthew Lloyd Davies
Try for $0.00

Cory Wilson is woken in the middle of the night with a summons to appear in the president of Nations of Earth's office. An aid worker in Djibouti has discovered a shipment of alien guns.

As ambassador to gamra, the extraterrestrial organization which controls the Exchange, the FTL wormhole network, Cory has often been critical of Earth's handling of extraterrestrial problems. This is his moment to shine, to apply his knowledge about alien customs, to, in the words of the president, "get those idiots out of there".

Except the usual suspects, the Zhori mafia who have caused trouble on Earth for a long time, are nowhere to be seen. This is something far more dangerous, something that involves all of northern Africa, something that provokes the anger of Asto, gamra's largest world. Asto's army is already prowling in orbit, ready to strike.

What listeners say about The Sahara Conspiracy

A glimpse into an interesting future vocation.

It took a little while for me to get up to speed with all the varied characters but once I did the fuse was lit and this story gripped me without letting go. Overall it was very satisfying.

Cori gets himself into a mess!

An enjoyable sequel to the first Ambassador novel, it builds on Cori's character, his relationship with Gamra and his new wife and her family/network. Navigating through political games, secrets and lies and the nuances of Indrahui, Gamra and Coldi make for an interesting and thought provoking second novel. It does feel like a prelude to the third book so I can't wait to find out what's next for Cori and Thayu and Nicha.

Sometimes the only answer is no more

The second book in the series did not disappoint. Action packed, thought provoking and very well narrated. I look forward to the next instalment.