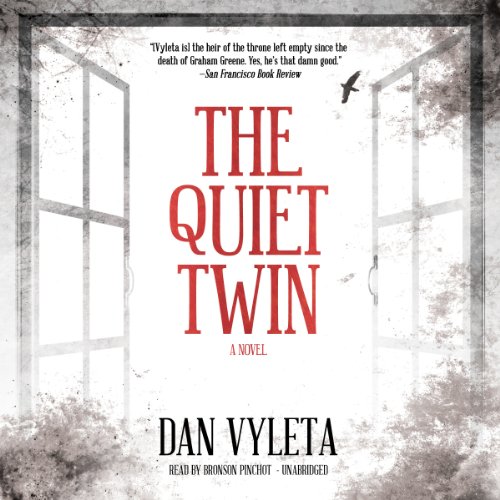 By: Dan Vyleta
Narrated by: Bronson Pinchot
Free with a 30-day trial

Vienna, 1939. Professor Speckstein's dog has been brutally killed, and he wants to know why. But these are uncharitable times, and one must be careful where one probes.

When an unexpected house call leads Dr. Beer to Speckstein's apartment, he finds himself in the bedroom of Zuzka, the professor's niece. Wide-eyed, flirtatious, and not detectably ill, Zuzka leads the young doctor to her window and opens up a view of their apartment block that Beer has never known. Across the shared courtyard there is nine-year-old Anneliese, the lonely daughter of an alcoholic. Five windows to the left lives a secretive mime who comes home late at night and keeps something - or someone - precious hidden from view. From the garret drifts the mournful sound of an Oriental's trumpet, and a basement door swings closed behind the building's inscrutable janitor. Does one of these enigmatic neighbors have blood on their hands?

Dr. Beer, who has his own reasons for keeping his private life hidden from public scrutiny, reluctantly becomes embroiled in an enquiry that forces him to face the dark realities of Nazi rule.

What listeners say about The Quiet Twin

I really enjoyed this book. It took me a little while to get into it. Just when I was going to quit it, it got interesting and I was hooked from that point on. Really hooked. I don't need to give a synopsis, you can read the summary on Audible to find out what the book is about. It is well written and well narrated. I recommend it. I tried the sequel, i.e. "The Crooked Maid", but I felt the narrator was wrong and therefore could not get into it. I like Kate Reading as a narrator ordinarily (she narrates "The Crooked Maid") but I didn't think her voice fit that novel. One of the main characters is a German woman and I just don't associate her voice with that accent. I would have preferred Suzanne Bertish who narrated "City of Women", another really good book.