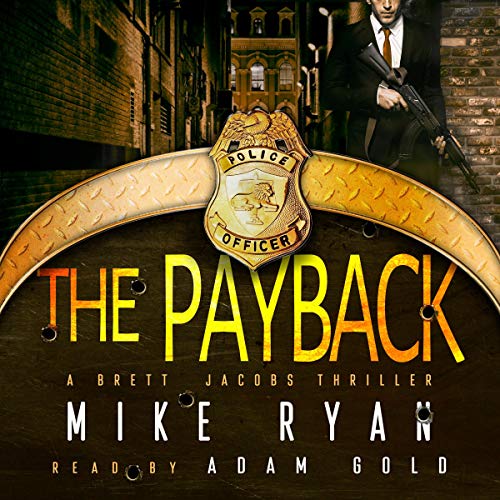 Even while Rich Mallette is in prison, he’s still calling the shots. Brett Jacobs may have taken out a dozen of his men, but he’s not ready to throw in the towel just yet. He’s still got a few things up his sleeve for the former detective, one of which is another heinous act aimed to destroy what’s left of Jacobs’ soul.

While Jacobs battles more of Mallette’s Maulers, he also learns the identity of the second man who was with Frazier when his family was killed. As he searches for the killer, he finds and takes in a dog named Gunner, who he starts training to be by his side throughout the ordeal. All of which will culminate in Jacobs and Mallette finally meeting face to face for the first time since Mallette ordered the hit on Jacobs’ family.

What listeners say about The Payback

If you liked the first book...

You will probably like the second. This book is not a stand alone. It's a continuation. This is s plot driven story with lots of calculating moves and action.
Adam Gold's narration is perfect for the character.
RECOMMENDED for those slow days when you need something light, fast and fun.
If you found this review helpful please indicate so.
Thank You.