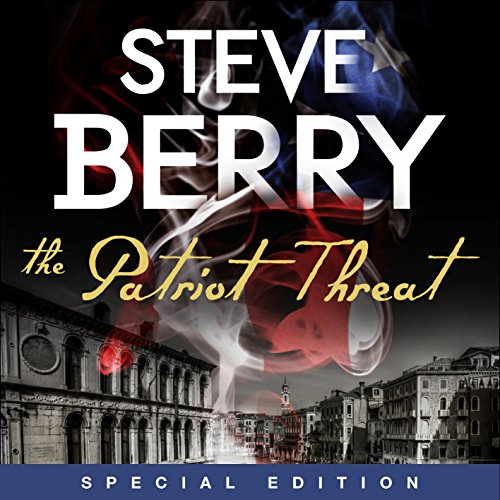 This expanded edition features behind-the-scenes commentary by Steve Berry between some of the chapters.

A provocative thriller posing a dangerous question: what if federal income tax is illegal?

The 16th Amendment to the Constitution legalized federal income tax, but what if there were problems with the 1913 ratification of that amendment? Problems that call into question decades of tax collecting and could even bring down the US economy?

There is a surprising truth to this possibility - a truth wholly entertained by Steve Berry, a top-ten New York Times best-selling writer, in his new thriller, The Patriot Threat.

His protagonist, Cotton Malone, once a member of an elite intelligence division within the Justice Department known as the Magellan Billet, is now retired. But when his former boss, Stephanie Nelle, asks him to track a rogue North Korean who may have acquired some top-secret Treasury Department files - the kind that could bring the United States to its knees - Malone is vaulted into a harrowing 24-hour chase that begins on the water in Venice and ends in the remote highlands of Croatia.

With appearances by Franklin Roosevelt, Andrew Mellon, and a curious painting that still hangs in the National Gallery of Art, Steve Berry's trademark mix of history and suspense is 90 percent fact and 10 percent exciting speculation.

What listeners say about The Patriot Threat