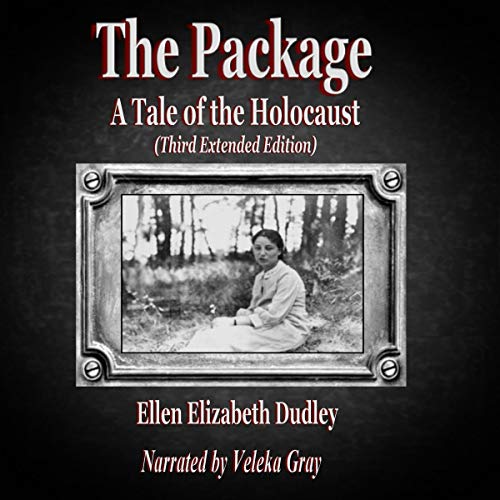 The Package: A Tale of the Holocaust

This tragic tale concerns two Jewish women living in Hamburg in Nazi Germany before WW2, Ellen Kaempfer and Betty Holstein, and a non-Jewish woman, Elfriede Mollenhauer, who tried to help them. Ellen and Betty were to be deported by cattle train, which meant standing room only, a journey that would take days. They were to be taken from Hamburg to a work camp in Poland, a journey without food or drink, with only a bucket for a toilet.

Before they left, Ellen gave Elfriede, who was an active member of the German underground, a package for safekeeping, an undertaking that, if discovered, could lead to a long term of imprisonment in a German work camp or even death. After their deportation in October 1941, Ellen and Betty found themselves working in the notorious labor camp Litzmannstadt in Poland, having no idea what cruel and horrible fate awaited them.

What listeners say about The Package: A Tale of the Holocaust

I love anything to do with history (fictional or non-fictional). I loved this book. Great job on the writer and narrator.

The true experiences are almost unbelievable, but so relevant - we must not forget. Author Ellen Elizabeth Dudley captures the horror of lives torn by the ravages of war, and enduring hope. Narrator Veleka Gray was superb. She truly captured characters. This is an important story that needed to be told.

A heartbreaking tale which recounts just one of the millions of tragic stories of the Holocaust.

The story is well written and I became involved with the characters and their tragedy.

Veleka Gray does a wonderful job with the narration. Her voice is very pleasant and emotive. She has an excellent feel for character and dialogue. Just first rate.

This accounting of the Holocaust will tear at your heart from start to finish. Based on true events, it is told with vivid clarity and resolve. Ms. Veleka Gray's narration is absolutely perfect, given the subject, it was, no doubt, a very hard story to tell. Thank you to both the author and narrator for a very excellent work.

I really enjoyed this title. Written and read to give the listener a real good idea of what the horrors must have been like. Taking real stories and imagined stories together to put you there gives a most complete timeline. This book will not disappoint! Lively reading by Ms. Gray as well! This book was given to me at my request for my honest unbiased review.

I wish the story didn't so highlight "The Package"

The Package is about the persecution of Jews in Germany, and Europe more widely under Nazi rule, and European occupation, which culminated in the holocaust. It attempts to document events that involve a few particular individuals. The book is mostly historical fiction. The introduction by the author identifies it as what would be a hybrid of actual events and real people, with the bulk of the book being "figments of imagination" of the author, recreating a history of the era.

The book follows two Jewish sisters who experience the ever tightening noose of Nazi policy toward, and persecution of the Jews. Their fate is sealed because they are unable to flee Germany due to health-related issues affecting one sister.

The story documents their experiences. The book is based on what seems to be a somewhat minor event - that of one of the sisters leaving a package of valuables with a gentile friend for safe keeping until her return from being sent to a work camp. We do not know the contents of "the package" until the very end of the book.

It's a tale that readers of holocaust literature are familiar with, told from a mostly first person perspective that tells the story of the broader experiences of persecution of the Jews of Nazi-occupied Europe. Some of the experiences are told in intimate detail, describing the fear and intimidation felt by those rounded up and shipped eastward to work and/or extermination camps. The unknown destinations, the hope that tries to override the fears. The ride in the cattle car, and arrival in a strange and disorganized (to the logical, cultivated mind) destination, for example, are described in stark detail.

Overall, this is a good story, told well. Yet knowing that it was woven from such seemingly insignificant, if factual detail, as the package left for safe keeping, took away from the story for me. In essence, the story is fictional, even if the package was real. Ultimately, the package itself is a small part in the story. I felt like I wasted effort in trying to imagine just what might be in it. I wish it wasn't played up as a main character, even taking its place as the title of the book.

I was surprised, in a positive way, by the fact that the story and fate of the sisters was not sugar coated to provide a happy ending.

This book was provided to me free of charge in exchange for a review. This does not in any way impact my review, which is honest and my own.

I think it's difficult for people today to believe how anyone could be as odious as the leaders of Nazi Germany, but historical accounts like this one remind one that it was true and must never be allowed to happen again. For those who don't want to admit that human nature can be so repulsive, I invite you to look no further than to what is happening right now in North Korea, then recall George Santayana's words: "Those who cannot remember the past are condemned to repeat it."

I was deeply moved by the events suffered by the real people in this book. My gratitude to Ellen Dudley for bringing this story to light with such sensitivity. Also kudos to narrator Veleka Gray for her heartfelt rendering of such tragic circumstances.

Not a very well written book. Complete fiction for 99% of the story. I was not impressed. It felt forced.