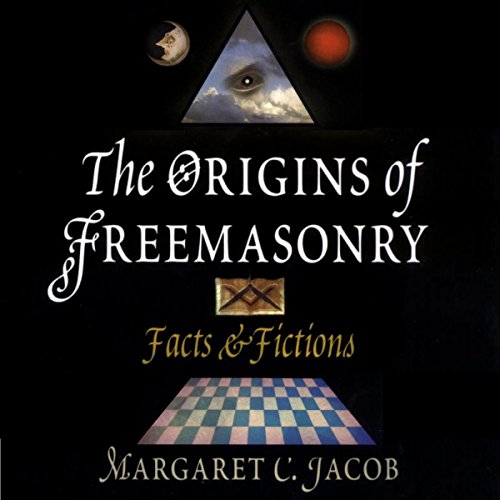 The Origins of Freemasonry

By: Margaret C. Jacob
Narrated by: Charles Craig
Try for $0.00

Can the ancestry of freemasonry really be traced back to the Knights Templar? Is the image of the eye in a triangle on the back of the dollar bill one of its cryptic signs? Is there a conspiracy that stretches through centuries and generations to align this shadow organization and its secret rituals to world governments and religions? Myths persist and abound about the freemasons, Margaret C. Jacob notes. But what are their origins? How has an early modern organization of bricklayers and stonemasons aroused so much public interest? In The Origins of Freemasonry, Jacob throws back the veil from a secret society that turns out not to have been very secret at all.

What factors contributed to the extraordinarily rapid spread of freemasonry over the course of the 18th century, and why were so many of the era's most influential figures drawn to it? Using material from the archives of leading masonic libraries in Europe, Jacob examines masonic almanacs and pocket diaries to get closer to what living as a freemason might have meant on a daily basis. She explores the persistent connections between masons and nascent democratic movements, as each lodge set up a polity where an individual's standing was meant to be based on merit, rather than on birth or wealth, and she demonstrates, beyond any doubt, how active a role women played in the masonic movement.

What listeners say about The Origins of Freemasonry

this book was terrible. hard to listen to, boring, very repetitive in many areas. any mason would laugh at some of the content.

Not such a fan

I was hoping for some insights into the earlier, largely undocumented periods of Masonic history.

This was more of a rehashing of material already l available to Masonic scholars.