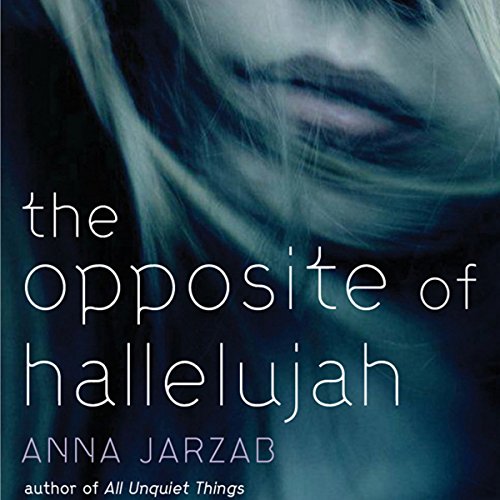 The Opposite of Hallelujah

The Opposite of Hallelujah

A riveting depiction of sisterhood, as one sibling's return home unleashes lies, a secret long buried, and emotional upheaval.

Caro Mitchell considers herself an only child - and she likes it that way. After all, her much older sister, Hannah, left home eight years ago, and Caro barely remembers her. So when Caro's parents drop the bombshell news that Hannah is returning to live with them, Caro feels as if an interloper is crashing her family. To her, Hannah's a total stranger, someone who haunts their home with her meek and withdrawn presence, and who refuses to talk about her life and why she went away. Caro can't understand why her parents cut Hannah so much slack, and why they're not pushing for answers.

Unable to understand Hannah, Caro resorts to telling lies about her mysterious reappearance. But when those lies alienate her new boyfriend, friends, and put her on the outs with her parents, Caro seeks solace from an unexpected source. And as she unearths a clue from Hannah's past - one that could save Hannah from the dark secret that possesses her - Caro begins to see her sister in a whole new light.

proverbially couldn't put it down!! it's true what they say about a good book drawing you in and making it seem real. reader did a wonderful job

The cost of misplaced guilt is high

My ten year old daughter relates to being an only child. She loved this book. It draws you in from the first chapter and covers so many issues that follow us from childhood into our adult life.

What was one of the most memorable moments of The Opposite of Hallelujah?

Since this review the format does not leave a place to say it, I will just say that the reader was absolutely believable as CARO! Great job!

Clash between mother and daughter near the beginning. Also her interactions with Father Bob.

This book shows a way out for families who are struggling through something dark (in this case really dark) in the past. It was beautiful in that Caro needed all the support of her family, friends, teachers and (which was very nice for me to see) a minister.
This will be a great read for my older teenage daughter. The worldview choices in the book are certainly not mine in every case, but the author navigated quite well through religious and highschool waters.
Some things that happen to us in life are so dark and difficult-- but a father and mother who really TRY to understand, combined with some friends and church people can help to unravel a world of hurt.

Thanks Anna for giving me insight to TRY to understand my young ladies!