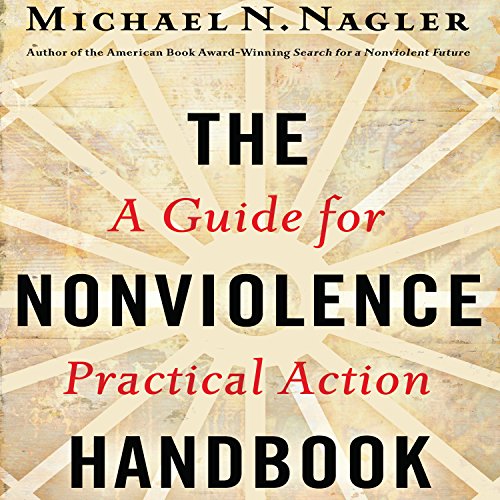 "Nonviolence is not the recourse of the weak but actually calls for an uncommon kind of strength; it is not a refraining from something but the engaging of a positive force", renowned peace activist Michael Nagler writes. Here he offers a step-by-step guide to using nonviolence creatively to confront any problem and to build change movements capable of restructuring the very bedrock of society.

Nagler identifies some specific tactical mistakes made by unsuccessful nonviolent actions, such as the Tiananmen Square demonstrations and the Occupy protests and includes stories of successful nonviolent resistance from around the world, including an example from Nazi Germany. And he shows that nonviolence is more than a tactic--it is a way of living that will enrich every area of our lives.

What listeners say about The Nonviolence Handbook

everyone should read this book, but any activist must read, it could change every intersection you have for the rest of your life.

Non violence is the key to freedom

Listening to this book helped me further understand what I already inherently understood but couldn't quite put it j to words.

interesting to and educational.

Definitely something that the world needs to hear now. A way to meet conflict with dignity.

There is a lot of wisdom on nonviolence and even interpersonal relationships in this book. The author provides a breakdown of nonviolence and why it is more effective than violence. I will go back to this book on a regular basis.