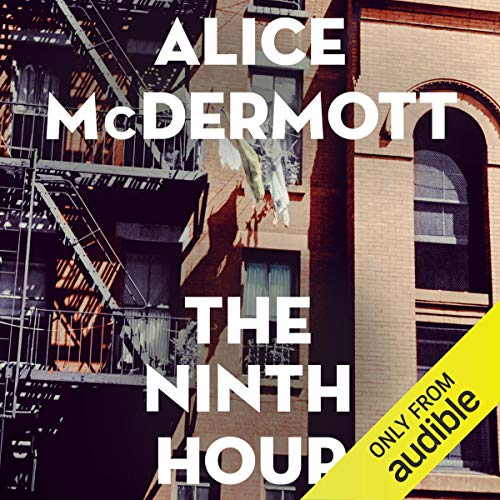 By: Alice McDermott
Narrated by: Ash Rizi
Try for $0.00

On a dim winter afternoon, a young Irish immigrant opens the gas taps in his Brooklyn tenement. He is determined to prove - to the subway bosses who have recently fired him, to his badgering, pregnant wife - 'that the hours of his life belong to himself alone'. In the aftermath of the fire that follows, Sister St. Savior, an aging nun, a Little Sister of the Sick Poor, appears, unbidden, to direct the way forward for his widow and his unborn child.

In Catholic Brooklyn, in the early part of the 20th century, decorum, superstition, and shame collude to erase the man's brief existence, and yet his suicide, although never spoken of, reverberates through many lives - testing the limits and the demands of love and sacrifice, of forgiveness and forgetfulness, even through multiple generations. Rendered with remarkable lucidity and intelligence, Alice McDermott's The Ninth Hour is a crowning achievement of one of the finest American writers at work today.

What listeners say about The Ninth Hour

Found the narration too irritating- jerky cadence meant some words were swallowed and others hit hard and it gave a 'stop go' rhythm to the narration. Because of this I could not get a 'smooth' run at the story to find out what it was about.