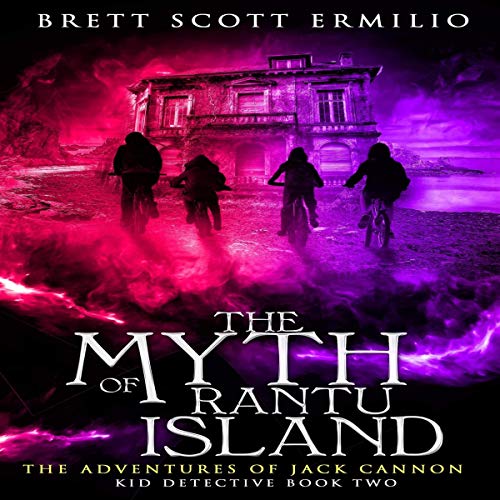 The Myth of Rantu Island

By: Brett Scott Ermilio
Narrated by: Jennifer March
Try for $0.00

As Halloween approaches, a new adventure unveils itself to Jack Cannon and his detective friends.

A dark manor, a terrifying island, and an old folklore present new challenges for the young detective. Each alone is enough to send chills down the spines of many, but Jack is drawn in by the unsolved mysteries. The discovery of an old artifact fuels his curiosity and launches him into the adventure of a lifetime.

A strange cast of characters loom: two thugs with bad intentions, a ghostly figure, a crazed monster man, an old witch, and a villainous bank manager. Jack risks everything to save his family and friends while facing his greatest fears and the town’s darkest secrets along the way, in this, the second Jack Cannon Adventure!

What listeners say about The Myth of Rantu Island