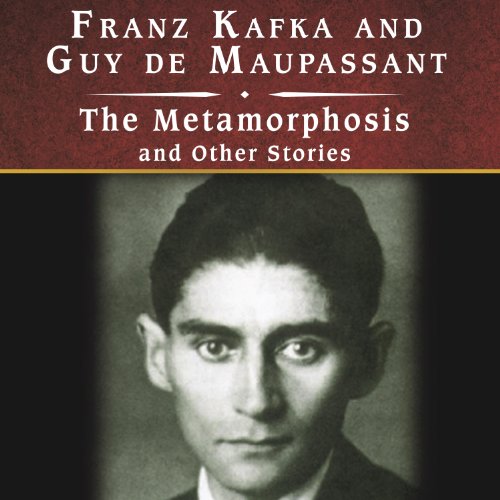 The Metamorphosis and Other Stories

The Metamorphosis begins as its protagonist, Gregor Samsa, wakes up one morning to find that he has become a huge insect. This change is understandably difficult for Gregor, not to mention his family and business. It ends up costing him his life.

The story has been interpreted as everything from religious allegory to psychoanalytic case history, but works because, though written nearly a century ago, Kafka's fantastic imaginings convey a reality of their own. We surrender to Gregor's experience, which in a way becomes ours.

What listeners say about The Metamorphosis and Other Stories

Check out 'Change' by Chris Selna

This is an OK version. I've downloaded and listening to many versions of the Metamorphosis

What other book might you compare The Metamorphosis and Other Stories to and why?

Who can hate a classic? Or an accent!

What did you love best about The Metamorphosis and Other Stories?

The stories within this book are as strange as anything I've ever read (or rather, heard) in my life! However, reading from a higher-level philosophical standpoint, it is full of mind boggling depictions of human life and priorities which many short stories lack. Yet, it still is full of intrigue and plot, though one might have thought otherwise!
And, of course, Tom Whitworth's reading was wonderful! His voice is calm and deep and full of character and life! Plus, he's got a manly british accent, which is soothing to the ears.

Kafka is STILL the Man!