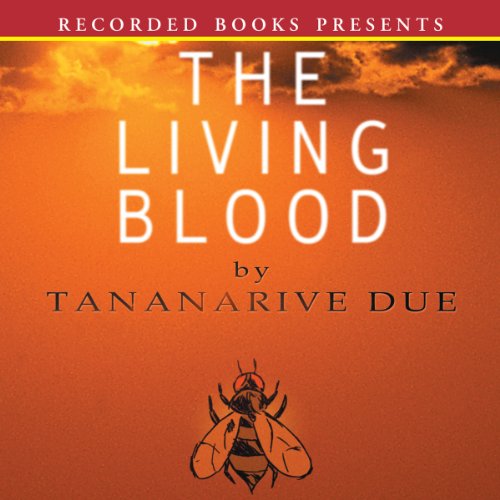 By: Tananarive Due
Narrated by: Peter Francis James
Try for $0.00

This sequel to My Soul to Keep, from best-selling author and two-time Bram Stoker Award finalist Tananarive Due, is a breathtaking supernatural thriller.

After the disappearance of her immortal husband, David, Jessica Jacobs-Wolde must come to terms with the healing blood David gave to her and their daughter, Fana. As Fana’s powers grow, mother and daughter are swept into an epic battle to determine the fate of humankind.

Featured Article: These Authors of Color Are Revolutionizing Horror—Listen If You Dare!


Fortunately, authors of color have revolutionized horror, enriching it with their voices and gifts of great storytelling while using the conventions of the genre to unpack the traumas of racism, sexism, classism, and more. The writers collected here are game changers, their mastery of the craft extraordinary. Whether you’re listening at home or on the go, you might want to make sure the area is brightly lit...and that there’s nothing lurking in the shadows.

What listeners say about The Living Blood

On Tananarive DueBefore I read the African Immortals series, I picked up The Good House by an author I had never read or heard of before, Tananarive Due. I've read two of Octavia Butler's books and love her works, so when I saw something in my reading that Tananarive Due dedicated her books to Butler, I was eager to give it a try. I really LOVED The Good House and went straight to My Soul to Keep.Due is definitely one of my new favorite authors. The thing that I like the best is her way of creating central characters that are truly neither good nor bad. The bad guys have great traits and loyalties and the good guys do some really, really bad stuff.On the African Immortals SeriesShe's done an outstanding job at world building in the African Immortals. In this series, she's built some really complex discrimination and prejudices with the Immortals (who are mostly African and Middle Eastern) towards the mortals, calling them monkeys. I find myself stopping to think about how the immortals have lived so many lifetimes, knowing that the mortals they live with will die sooner or later, and consequently devaluing the mortals' lives significantly. They're going to die anyway, right? So if I kill a few, no big deal... And you find yourself reading along and really wanting to love Dawit, despite the fact that he's a cold killer just as an example. Due has such a wonderful opportunity to delve into some of the morality around these prejudices, flip flopping who has the power...and she uses the opportunity well.On My Soul to TakeI started this book apprehensively. The paperback I read wasn't too thick and I was sure that meant I was going to be disappointed at it ending too soon. It's not a cliffhanger ending and I really hope there's more to come, but if there's not, the story has been well told. Without including spoilers, I'll just say that every single character stumbles at some point in the book. Even the immortals, as close to gods as they are, are very human and fallible. They make tragic mistakes and some of them cause a great deal of pain for and disappointment by their loved ones.The other part of this book that I loved was how Tananarive Due describes the relationship and pairing of Fana and Michel.

Would you listen to The Living Blood again? Why?

With so many good books to read/listen to, I most likely would move on to something new. Although, I did really enjoy this title!!

What was one of the most memorable moments of The Living Blood?

I would probably have to say that discovering the true nature and history of the blood was one of the more captivating moments.

Which character – as performed by Peter Francis James – was your favorite?

Mr. James brought most of the characters to life, but Lucas really stood out.

There were a few.

As stated in my headline, I thought this title to be both outstanding and original. I've listened to many books since joining Audible, most of which were entertaining, although not all had that special something that captured my full interest and attention. This is a standout, and I would recommend it to those looking for an all around good story. I don't really understand the review posted by Josh. Well, to each his own I guess.

Narrator note: Although Peter Francis James has an awesome voice and did a wonderful job narrating, there were times it sounded as if he were sucking on a cough drop or something. Other times you could hear him swallowing (a little distracting). Maybe the sound engineers should try filtering some of that stuff out. Other than that, great book.

Took A While For This One

The Good House was my first Tananarive Due experience and it was quite the listen. I was completely taken not only by the story but by the reader as well. So when I began The Living Blood, well, let's just say I had to convince myself to stick to it.

The story itself is captivating for sure but the reader's style took me a while to get used to. It felt as if he were just forced to read the darned thing to me and wanted to make sure I knew it. For a while there, I was toying with the idea of just returning it and getting another audiobook but because I wanted to know how the story unfolds, I stuck to it.

Then after a long time, I think it was during the second portion (the second download) that I realized I didn't mind his way of reading anymore and that it sort of made sense. Can't explain that one. I'm glad I kept going, though, because the story itself didn't disappoint.

I enjoyed the story. The narrator… I kept hearing him smacking on audio like his mouth was opening and closing - very distracting.

i could not put the books down when they came out could not wait to get to work to listen to the audiobook version. what happened to the audio version of the first book?

took a bit to get engaged in the story, but ultimately love this author and the details about characters

the story was difficult to finish and lacked continuity but that really wasn't the biggest problem. the narrator seems incapable of speaking more than 5 words without stopping. it often confuses the meaning in the author's sentence. I enjoyed another book by this author and gave it 5 stars so I have to wonder if the narration is the problem in this one. I will not be reading the other books in this series.

Great book BY a GREAT writer

The narration needs to be REDONE. I can hear this guys EVERY SWALLOW and tongue movements...it's so distracting and annoying. And when you think there is no such thing as swallowing or tongue sounds don't be fooled. You will hear it here in THIS VERY NARRATION. He is well read. It is just the audio that needs to be redone. Please, please 🙏 TRY. BEST SERIES EVER, so far. Jessica is annoying and needs to stop being so weak, wake the hell up, and LEARN & ABSORB. Stop letting thing happen to her & daughter. STOP BEING A DAMSEL & BE THE WARRIOR.

Brilliant story. Book 2 in the series. The immortals and the blood are real. SUPERB!

I read the first three books years ago, and just recently got reacquainted with my favorite black authors work and to my surprise a new book, My Soul To Take! I was so excited! Now I need just one more along that series, My Soul To Give? Maybe? Keep writing Ms Due you have a true fan in me!