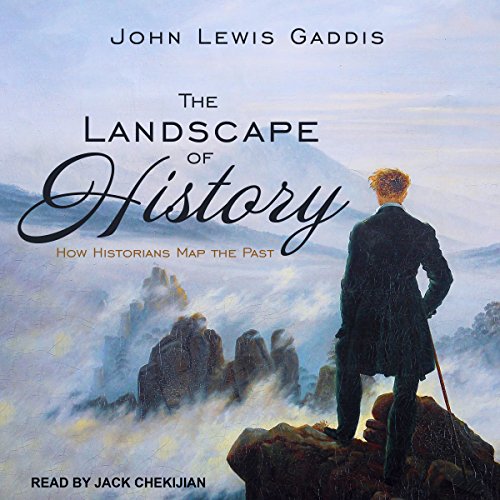 The Landscape of History

By: John Lewis Gaddis
Narrated by: Jack Chekijian
Try for $0.00

What is history, and why should we study it? Is there such a thing as historical truth? Is history a science? One of the most accomplished historians at work today, John Lewis Gaddis, answers these and other questions in this short, witty, and humane book. The Landscape of History provides a searching look at the historian's craft as well as a strong argument for why a historical consciousness should matter to us today. Gaddis points out that while the historical method is more sophisticated than most historians realize, it doesn't require unintelligible prose to explain. Like cartographers mapping landscapes, historians represent what they can never replicate. In doing so, they combine the techniques of artists, geologists, paleontologists, and evolutionary biologists. Their approaches parallel, in intriguing ways, the new sciences of chaos, complexity, and criticality. They don't much resemble what happens in the social sciences, where the pursuit of independent variables functioning with static systems seems increasingly divorced from the world as we know it. So who's really being scientific, and who isn't? This question, too, is one Gaddis explores in ways that are certain to spark interdisciplinary controversy.

"A bold and challenging book, unafraid of inviting controversy. It provides a strong statement for our time of both the limits and the value of the historical enterprise." ( New York Times)

What listeners say about The Landscape of History

Absolutely fascinating book! Completely changed my mental construct of history and how to apply it to my view of the present. Very well articulated and at times forced me question my beliefs on the use of history to explain the present. He draws on his wealth of knowledge to explain how professors /or students of history can scale and portray the functions of history. Recommend this book to anyone looking to see history in a different light or at least reinforce their belief in the importance of history.

This book is great for the person entering the field of historical study. Gaddis’ metaphors are accessible and varied. Even where it is outside your normal field—say the metaphor comes from astrophysics—Gaddis manages to make it seem simplistic.

The only qualm is the narration. It’s slow. Too slow. I kicked the speed up to 1.25x and that made it seem closer to a normal audiobook speed.

Dichotomy at its finest

Definitely a book to trigger your "thinking" senses forcing you to think outside the box. A must read for any history buff or aspiring historian.

There is undoubtedly some good information in here, but it is buried among a load of nonsense. The writer seemingly uses every metaphor known to man. Most of the metaphors he uses don't even make sense in the context they are used. Then there is a lot of what seems to me like filler. I feel like he inserted a bunch of bigs words and pointless stories to make a word count. This book could have been better if was stripped down to its bare bones without all of the pomp and fluff. The narrator is extremely boring and delivers the message poorly too. This could have hurt the message the book was trying to send too. I nearly fell asleep driving listening to him. I had to speed it up to 2x normal speed just to listen to him. Pass on this one unless you a required to read it.