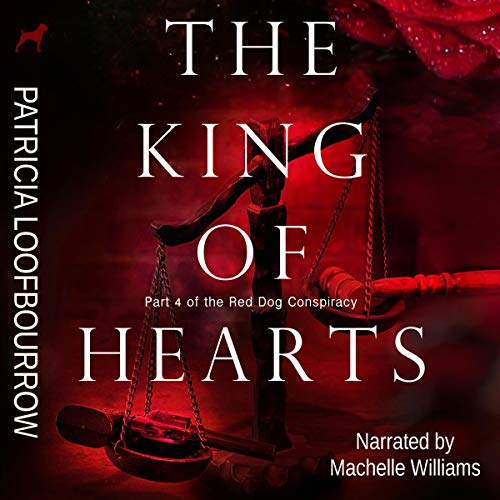 The King of Hearts

By: Patricia Loofbourrow
Narrated by: Machelle Williams
Try for $0.00

What if the person who hated you most was the only one who could save you?

Thousands of gentlemen have gone bankrupt in Bridges and trouble brews between the Diamond and Spadros crime families. Yet the city is united in its desire to exact vengeance for those murdered in the zeppelin disaster.

Penniless and alone, private eye Jacqueline Spadros confronts the lowest point of her life. Seen as an accomplice in the financial crisis and accused of a crime she didn't commit, Jacqui faces trial in front of a hostile jury - and could receive the death penalty.

Jacqui knows she's been framed by the illusive Red Dog Gang. But will the jury believe her?

Each book builds on the information presented in the book before it. Because of this, I strongly urge you to listen to the first three books in this series before reading The King of Hearts.

If you'd like a quick way to catch up on the series, the Red Dog Conspiracy: Act 1 box set contains the first three books in ebook or audio format.

All caught up with Jacqui and ready to go?

Get this audiobook today, and continue the journey!

What listeners say about The King of Hearts