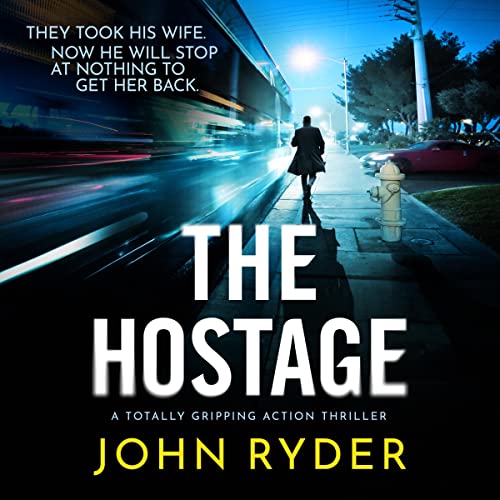 By: John Ryder
Narrated by: Josh Wichard
Try for $0.00

“You get us what we want. Or your wife dies. And we will make it hurt.”

Jerome Prentice is a good guy. Loyal to a fault, he always stays on the right side of the law.

But everything changes the night he is awoken by the sound of masked kidnappers entering his home. Holding him at gunpoint, they drag his beloved wife, Alicia, out of the house with a promise to kill her if he goes to the police. Their demand: betray the company he’s worked for his entire adult life.

They think he’ll do anything to save his wife. But they don’t know that they’re messing with the wrong man. Because Jerome might be a good guy. But betrayal doesn’t come easily to him. And he’s not a man who will go down without a fight.

What’s more, he will hunt the people who’ve taken Alicia to the ends of the earth. And if they’ve hurt even one hair on her head, he’s going to make them pay....

This utterly jaw-dropping thriller is perfect for fans of Lee Child, David Baldacci, and Mark Dawson.

What listeners say about The Hostage

I used to have this rule, to always finish a book I started, no matter how I felt about it, because some take time to draw you in, some have gems within that only the patient will ever discover.

I guess rules are made to be broken.

I will never know whether there are hidden gems within. After listening to 6 or 7 chapters (they're short) I could not feel invested in any of the characters. Their behavior was implausible and uninteresting. What might, in another's hands, have set up some complex and compelling plot twists and character interactions, didn't seem to have the chops to get there. The book reads a bit like a high school writing assignment, there is so little depth or maturity in the characters. Even the author doesn't seem to know them. The dialogue was anemic, mechanical and often purposeless. I felt there was no chance this book was going to surprise me further in and even if it would, I was just not going to enjoy the journey. It was almost as if the author could not distinguish between what a reader needs to hear, what they want to hear, and just "extraneous stuff". The dialogue was 90% "extraneous stuff" that was neither interesting or believable. It didn't add depth, it added clutter. Full pages don't make a story. I don't think there is a story here, although I couldn't finish this one to find out.

Really wish I could have my Audible credit back this time.