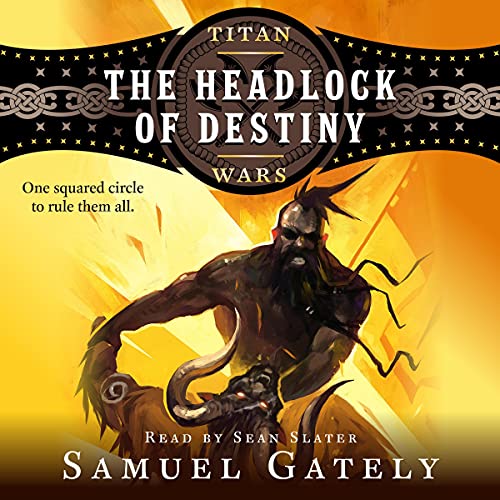 The Headlock of Destiny

By: Samuel Gately
Narrated by: Sean Slater
Try for $0.00

Some say titans are descended from giants. Others say they are risen from men. But there’s never any debate about where to find them. They will be in the center of a roaring crowd, beating the hell out of each other.

From contenders like the Savage and Scott Flawless to pretenders like Richard the Living Portrait and Troll-Blooded Thom, a titan’s lot in life is the same: to wrestle for dominion and glory in the squared circle.

Van, a quiet titan from the brewery town of Headwaters, wants no part in this. He’d prefer to be left alone with a beer. But destiny has him in a headlock, and it is prepared to drag him into battles that will shake the land and change his world forever.

Step into the ring with this one-of-a-kind novel, brewed special for fans of epic fantasy, fans of professional wrestling from the Golden Era and beyond, or simply fans of a good tale. Narrated by Sean Slater.

What listeners say about The Headlock of Destiny

the story - left me hooked and wanting more

Highly recommend it if you like things like Kings of the Wyld, Orconomics or The Grey Bastards.

Over 3 chapters are just static

Over 3 chapters are just static but of what i did hear good story.
it starts at the chapter at the overlord shows up.
chapter 27.
chapter 28.