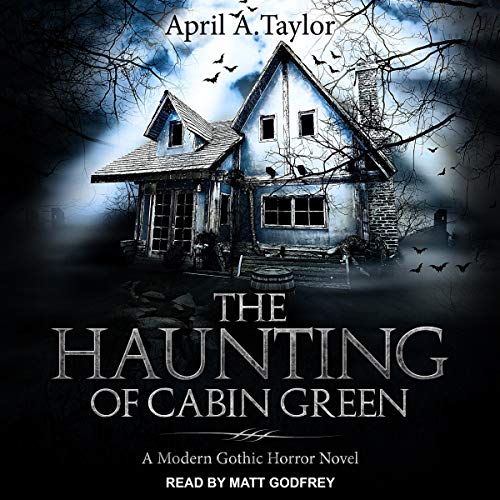 The Haunting of Cabin Green

Welcome to Cabin Green, where the setting is familiar, but the story is completely unexpected. A terrifying slow-burn that combines the literary Gothic prose of Shirley Jackson, Ambrose Bierce, and Thomas Tryon with the "what's really real?" aspects of The Shining. The Haunting of Cabin Green has also been compared to the devastation of Hereditary and the socially progressive, ambiguous approach of Paul Tremblay.

Going to Cabin Green alone after the death of his fiancee was Ben's first mistake. His second mistake was tempting fate by saying, "There's no such thing as an evil building." Now he's caught in a nightmare of his own making deep in the woods of Northern Michigan. Even worse, a family history of mental illness makes it impossible for him to know if the ghosts haunting the cabin are real or all in his head.

This modern Gothic horror story takes the listener directly into Ben's hellish experience. Is he crazy? Is a ghost haunting him? The only way to find out is to make it to the end of this deep, dark thrill ride that's filled with more twists than a roller coaster.

What listeners say about The Haunting of Cabin Green

I tried several times to listen to this book and finish, but with 2 hours left, I just gave up. I think the narrator and the novel's genre just didn't match up for me, and I wasn't scared, just so bored. Real bummer because I wanted to like it.

I read this book last year, and when the audible version came out I couldn't wait to hear it! This book is in the style of literary horror. Think classics such as Haunting of Hill House and The Turn of the screw. It is an artfully crafted build of suspense and disturbing events that create the perfect environment for a true horror novel. And that's what you have to understand about written horror. It's not a movie, you have to give it time to develop. Having it read by Matt Godfrey is amazing and worth your time.

Good gravy what did I just listen too?

You know how most of the time perseverance is a good thing? This isn’t one of those times. I finished the book out of sheer will. It isn’t good. It just goes on and on and so many different things are put out there... bones, skeletons, dead cats.... not one thing has anything to do with the story. The the beginning, middle, or end. You just spend all of this time with one guy that exists in the, “did I really see that or am I going crazy” place the entire book. I’m not the boss of you.... but I wouldn’t waste the credit. My sister also got this book.... she returned it. She has always been smarter than me.

it was good but!

I would have given this 5 stars but the author in my opinion tainted it. always got to put an issue in there that ruins it. I'm not going to mention it but you'll know in chapter 4, 21, 23 and so on. the storyline was good. the narrator did ok.

The author was trying to be too politically correct. why was she trying to impress the reader with her extensive vocabulary, when simpler word choices would have been better?

I hate to do this to an author, but this was awlful the story dragged and dragged and dragged, it seemed pointless and i think the author used artistic license to the extreme. The narrator was good but even the best narrator in the world couldn't make this book good.

Read a review that said it was similar to Paul Tremblay’s work. It is not. Not at all.
I didn’t care about the characters, the horror was neither interesting or scary & it amounted to nothing. I kept hoping it would lead to something good, but the ending only made it worse. Do not bother!