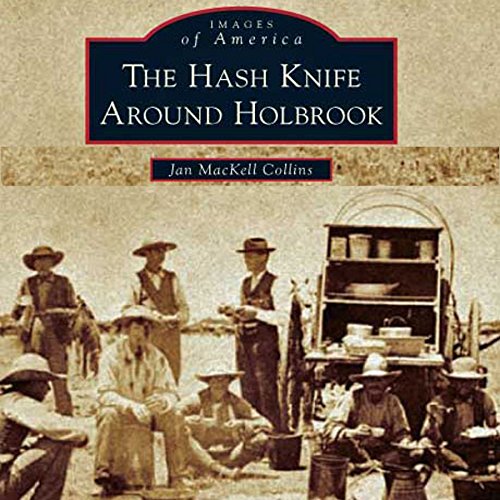 The Hash Knife Around Holbrook

The Hash Knife Around Holbrook

For more than 140 years, the Hash Knife brand has intrigued Western history lovers. From its rough-and-ready-sounding name to its travels throughout Texas, Montana, and Arizona, the Hash Knife sports a romance like few others in the cattle industry. Several outfits have been proud to call the brand their own, and the stories behind the men who worked for these companies are the epitome of Western lore and truth combined. Beginning in 1884, the Hash Knife - owned by the Aztec Land and Cattle Company - came to Arizona. The brand left a lasting impression on places like Holbrook, Joseph City, Winslow, and the famed OW Ranch while shaping Northern Arizona. From its historic roots to the famed Hash Knife Pony Express Ride that takes place each January, the Hash Knife has left its mark as a beloved mainstay of the American West.

The Western ranches & it's people.

Extremely informative view of hard working western people from Cowboys, cattlemen, their families and the times they lived thru. Western history at its best with dates and descriptions that had me feeling like being there.
The narration is smooth, very clear easy to listen to. Good job.