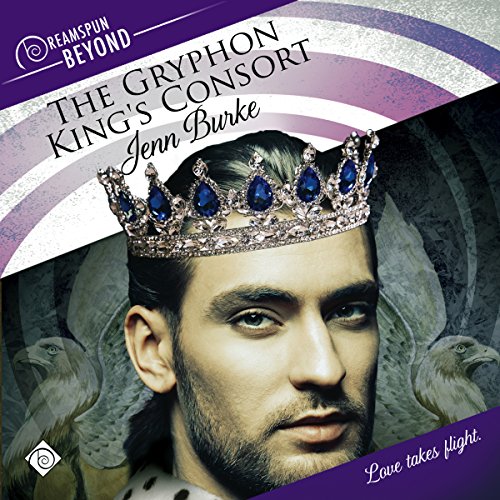 By: Jenn Burke
Narrated by: Andrew McFerrin
Try for $0.00

The sudden death of the Gryphon King throws the kingdom of Mythos into uncertainty, and Crown Prince Luca rushes both his coronation and an arranged marriage to a man he’s never met. Eirian is young and idealistic, and while they both want what’s best for their people, their philosophies couldn’t be more different. While Luca believes in honoring tradition, Eirian is determined to infuse modern values into their kingdom of magical creatures. When given the choice between loyalty to his husband and his own crusade, Eirian makes a decision that might doom their marriage.

Still, Luca is committed to making their union work, and that means forgiving his brash consort. But when Eirian becomes the target of a deadly conspiracy, Luca must act fast—or forever lose the chance to explore their burgeoning love.

What listeners say about The Gryphon King's Consort

Narrator Andrew McFerrin does a terrific job with character voices, cadence, pitch, tone, and pacing. As much as I loved, loved, loved the narration I have to admit I was disappointed by the story itself.

I was anticipating a more of a relationship and less a lesson in navigating politics between warring Gryphon factions of traditionalists and modernists. The world-building was interesting being that it's an alternate universe with all the modern day trapping except all paranormal creatures are real and co-exist with humans, and while there are a couple of sex scenes, I felt like the romantic development of Luca and Eirian lacked punch. Perhaps because they ran too hot and cold with one another or maybe it was the story taking place over a matter of days with Luca and Eirian separated for some of them...I don't know - I just know that while the story didn't thrill me, the narration did, and had me hanging on every word.