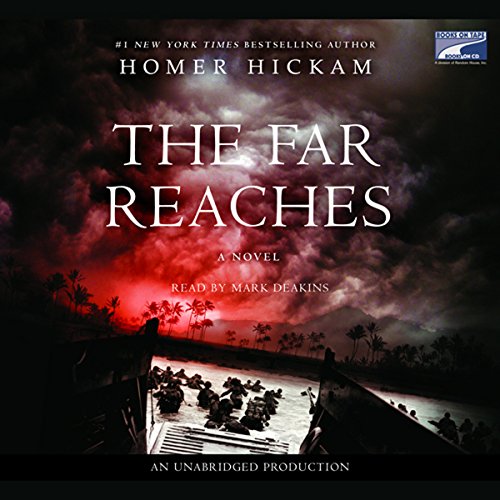 By: Homer Hickam
Narrated by: Mark Deakins
Try for $0.00

The year is 1943 and World War II in the Pacific rages on, with Americans engaged in desperate battles against a cunning enemy. Coast Guard Captain Josh Thurlow is on hand at the invasion of Tarawa, as the U.S. Navy begins the grand strategy of throwing her marines at island after bloody island across the Pacific.

As blood colors the waters around Tarawa, Josh flounders ashore through a floating graveyard of dead men and joins the survivors, determined to somehow wrest victory from disaster. Critically wounded, Josh expects to die. Instead, Sister Mary Kathleen, a young Irish nun, nurses him back to health, and then shanghais Josh, sidekick Bosun Ready O'Neal, and three American marines to a group of beautiful tropical islands invaded by a brutal Japanese warlord. Josh and his little band must decide whether to help the Sister fight the battle she demands, return to Tarawa and the "real" war, or settle down in the romantic splendor of the South Seas.

Hickam expertly weaves the adventures of these hot-blooded characters tighter and tighter until the Sister's secrets and sins are finally revealed during a horrific battle in the lair of the warlord. With an incredible eye for historical detail and the talent of a master storyteller, Homer Hickam delivers another tour de force.

"Hickam keeps the stakes high and the tension taut in this fast-moving historical." ( Publishers Weekly)

What listeners say about The Far Reaches

A very entertaining and historically base series of great stories that also show the gaps between cultures in the midst of WW II.