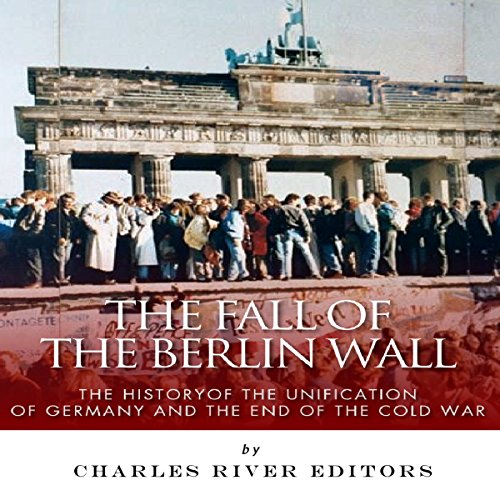 The Fall of the Berlin Wall: The History of the Unification of Germany and the End of the Cold War

The Fall of the Berlin Wall: The History of the Unification of Germany and the End of the Cold War

"This is a historic day. East Germany has announced that, starting immediately, its borders are open to everyone. The GDR is opening its borders...the gates in the Berlin Wall stand open." - German anchorman Hans Joachim Friedrichs

The Berlin Wall, constructed in October of 1961, stood for 28 years as an ugly divisor of a once united Germany. The wall was successful at keeping many East Germans inside a country that fell further and further behind in living standards, democratic privileges, and individual freedoms. Despite its success, many found a way to cross the barrier to obtain a better life in the West.

In addition, the Soviet Union was going through a period of political instability as several aging leaders had taken the top position in the Soviet Union only to die a short period of time later. In 1985, Mikhail Gorbachev became the leader of the Soviet Union. Gorbachev came to power seeking to repair the Soviets' economy, and he took a softer stance toward the United States. The two leaders signed agreements to reduce the number of nuclear weapons and eliminate certain types of ballistic missiles. Gorbachev also reformed the Soviet Union internally, lifting restrictions on individual freedoms.

Limited political reforms, such as broadcasting uncensored debates in which politicians openly questioned government policy, backfired when they energized eastern European opposition movements which began to overthrow their communist governments in 1989. Gorbachev was unwilling to reoccupy these eastern European nations and use the Soviet army to put down these revolts.

Things came to a head in Berlin that November.

Great quick history of the wall

Headed to Berlin on vacation and was looking for a quick refresher on the fall of the wall - this was perfect.

Very informative but little more added by the writer in my opinion. Thought it would have more personal stories from people.