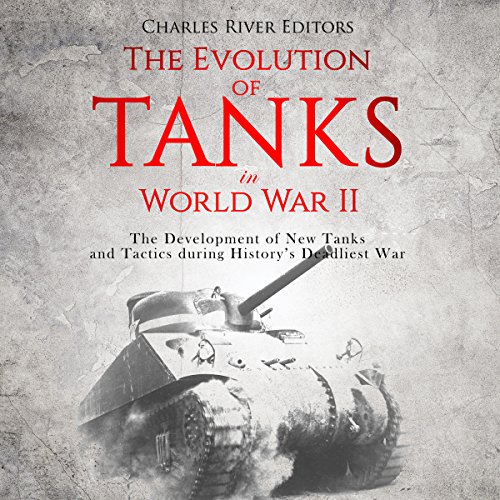 The Evolution of Tanks in World War II

World War II was thus the culmination of a quarter century of tank development, and it would also be the first major test of tanks in mobile warfare, during which they had to face other tanks. However, many of the tanks were constructed with the static warfare of the Western Front in mind and were thus slow and had short operational ranges. Others were too light to face opposing tanks or the new generation of anti-tank weapons that hadn’t existed in World War I. The unsuitability of these tank models for this new kind of warfare was quickly recognized, and the belligerent powers scrambled to create better designs. As each new, improved model came off the assembly lines, the opposing powers rushed to create a tank that could beat it. In that regard, World War II was also a war between rival engineers.

At the same time, German military officials were at the forefront of developing new ideologies when it came to utilizing their tanks to maximum effect. The Polish invasion proved invaluable in providing the German high command with a low-risk, high-value live fire exercise for their newly minted war machine, while the actual combat experience highlighted the remaining flaws in the system. During the campaign, the Germans honed tactics and weapon systems for the massive struggle with the Soviets, British, and United States that loomed on the horizon.

Throughout the war, designers learned how to improve suspension, reorganize the interior to give the crews more room, and incorporate other upgrades that helped with the overall function of the tank. Practical experience from the tank crews was of vital importance in these developments.

At the same time, tactics evolved throughout the war. The Germans were early leaders in tank tactics, as their successes from Poland through the opening phases of Operation Barbarossa demonstrated. The main German tank tactic was the so-called Schwerpunkt (“center of gravity”), in which a concentration of tanks achieved a local superiority, broke through, and drove deep behind enemy lines, carving up frontline enemy forces that could then be surrounded and taken out by support tanks, infantry, and artillery. This is why German tanks were built for speed while maintaining good armor and weaponry. In the early part of the war, Allied tanks spread out to act as infantry support, but once the Allies witnessed the efficacy of German tank tactics, they began to imitate them, prompting the Germans to further refine their own techniques.

The Evolution of Tanks in World War II: The Development of New Tanks and Tactics During History’s Deadliest War looks at the most important tanks from 1942 to 1945, and how doctrines changed in the wake of Germany’s conquest of Western Europe. You will learn about tank warfare in World War II like never before.