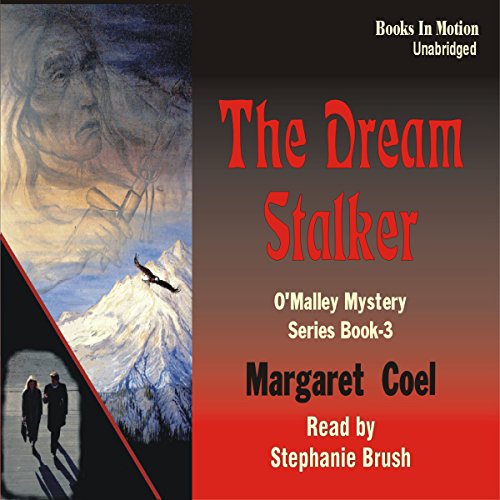 By: Margaret Coel
Narrated by: Stephanie Brush
Try for $0.00

Father John O'Malley discovers a frozen body on the Arapaho Reservation, a corpse that later disappears. O'Malley and Vicky Holden draw upon ancient traditions to stop the murderer.

Father John O'Malley and attorney Vicky Holden investigate the murder of an Arapaho student interested in a priceless Arapaho ledger, a ledger recently missing from a museum.

Film star Sharon David travels to Wind River country, convinced that she was adopted at birth from the reservation.

An historian, who is convinced that the memoirs of 19th-century Shoshone heroine Sacajawea are stashed somewhere on the reservation, has disappeared.

James "Orlando" Sherwood has resurrected the old Shadow Dance religion, having his followers dance for days at a time for the promise of an Indian paradise. And when lawyer Vicky Holden's estranged husband is found murdered, Father John O'Malley believes that Orlando has more to do with it than he lets on. But to get the proof, Father John and Vicky Holden will have to learn to dance to his music.

Father John O'Malley discovers a frozen body on the Arapaho Reservation, a corpse that later disappears. O'Malley and Vicky Holden draw upon ancient traditions to stop the murderer.

Father John O'Malley and attorney Vicky Holden investigate the murder of an Arapaho student interested in a priceless Arapaho ledger, a ledger recently missing from a museum.

Film star Sharon David travels to Wind River country, convinced that she was adopted at birth from the reservation.

An historian, who is convinced that the memoirs of 19th-century Shoshone heroine Sacajawea are stashed somewhere on the reservation, has disappeared.

James "Orlando" Sherwood has resurrected the old Shadow Dance religion, having his followers dance for days at a time for the promise of an Indian paradise. And when lawyer Vicky Holden's estranged husband is found murdered, Father John O'Malley believes that Orlando has more to do with it than he lets on. But to get the proof, Father John and Vicky Holden will have to learn to dance to his music. 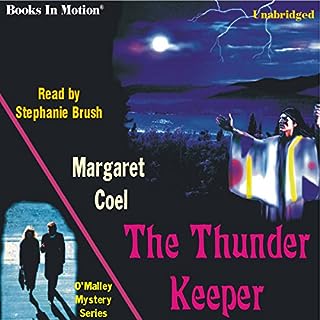 Lawyer Vicky Holden leaves the reservation for important cases for the Indian Nations. But Wind River pulls her back when Balder Industries executive Vince Lewis is killed while trying to hire Vicky for reservation work. 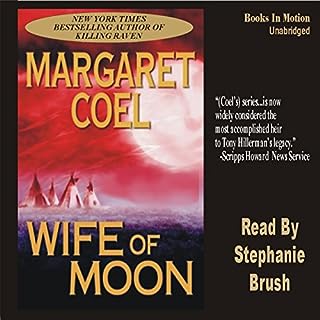 Historical photographs are on display at the museum of St. Francis Mission on the Arapaho reservation, and history seems doomed to repeat itself. A descendant of the tribal chief who appeared in the pictures has been shot to death, and the museum's curator has disappeared. The two incidents may be linked to a near century-old murder. 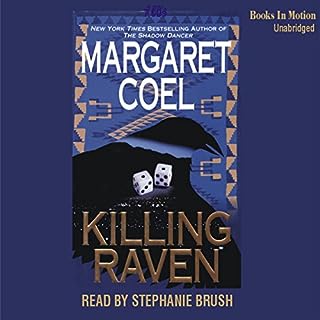 When the body of a white man is recovered from a shallow grave in one of the most troubled corners of the Wind River Reservation, Father John O'Malley knows that if the murderer isn't caught quickly, this tragedy will only be the beginning. The victim's widow is already out for revenge. And the one person Father John believes could lead him to the killer is a terrified 15-year-old girl running for her life. 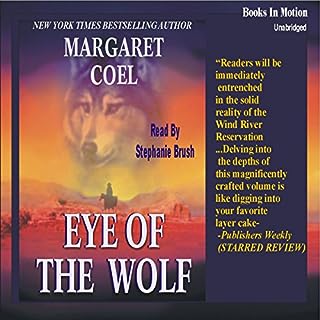 Someone has left three dead Shoshones on an historic battlefield, positioned to mimic the bodies of those Arapahos killed in the slaughter. Frankie Montana, attorney Vicky Holden's latest client, is a frequent guest of the reservation's holding cells, and after a recent heated encounter with the three dead men, is the number one suspect in their deaths. But despite his faults, Vicky doesn't believe he is capable of murder.

Eye of the Wolf 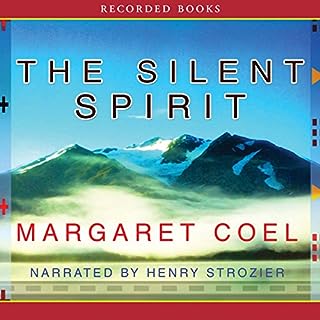 Margaret Coel’s spellbinding Wind River mysteries have long celebrated the spirit of the American West. When Kiki Wallowingbull is found dead on the reservation, all signs point to a drug deal gone wrong. Arapaho lawyer Vicky Holden and Jesuit priest Father John O’Malley begin an investigation into the murder, but soon find themselves spiraling toward a deadly world of drugs and deceit. 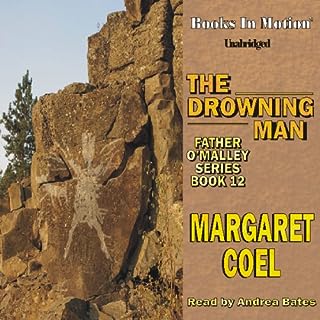 Travis Birdsong sits in prison for killing his partner in the crime of stealing petroglyphs from the Red Cliff canyon. Attorney Vicki Holden is convinced that Travis must be innocent because another petroglyph has been stolen out of the canyon. She is even more convinced after the thieves contact the mission priest in order to get the tribes to buy the artifact back. As Father John tries to get the petroglyph back and Vicki tries to prove Travis is innocent, the two situations collide. 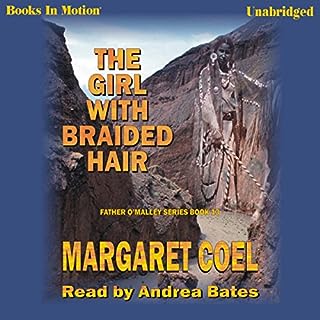 A woman's skeleton is found on the Wind River Reservation. Forensics determine the woman was shot to death in 1973. Arapaho attorney Vicky Holden and Father John O'Malley are determined to find the identity of the forgotten woman and see that she is laid to rest in the traditional Arapaho way. As the life and death of the woman begin to come into view, Vicky and Father John realize that, after 30 years, the killer still on the reservation and that they are about to be his next victims.

The Girl With Braided Hair 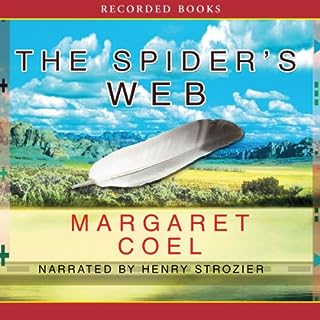 Arapaho lawyer Vicky Holden and Father John O’Malley find themselves disagreeing over a murder case. But when the killer strikes again, both will have to put their differences aside before they, too, get caught in the murderer’s web. 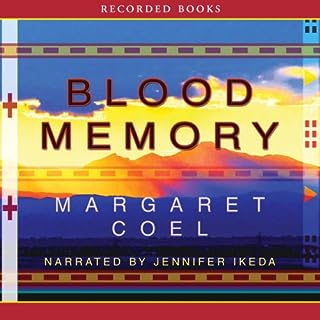 Investigative reporter Catherine McLeod has been covering the local Arapaho and Cheyenne tribes' case to reclaim 27 million acres of land, but after barely surviving an assassination attempt, she decides to lie low for a while. Yet Catherine's persistence in covering the story soon leads her to uncover a startling conspiracy - and some eye-opening truths about her own heritage. 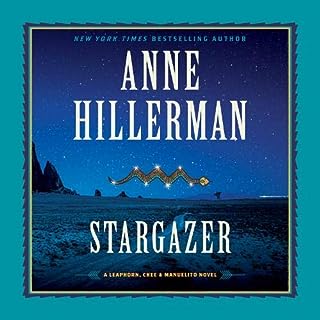 What begins as a typical day for Officer Bernadette Manuelito - serving a bench warrant, dealing with a herd of cattle obstructing traffic, and stumbling across a crime scene - takes an unexpected twist when she’s called to help find an old friend. Years ago, Bernie and Maya were roommates, but time and Maya’s struggles with addiction drove them apart. Now Maya’s brother asks Bernie to find out what happened to his sister. Tracing Maya’s whereabouts, Bernie learns that her old friend had confessed to the murder of her estranged husband, a prominent astronomer. 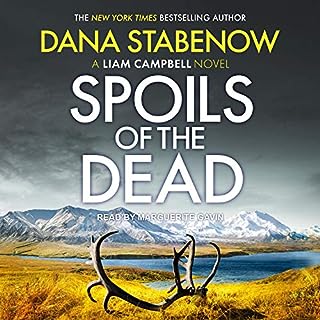 It's Labor Day in Blewestown, Alaska, and it seems most of the town's 3,500 residents have turned out to celebrate - or to cause trouble. Not Liam Campbell, though. He's checking out the local watering hole in his new town. He's finally made it out of Newenham and is ready for a quiet life with his wife. He's been in town for about a week when an archaeologist invites him out to his dig site outside of town. He's on the verge of a momentous discovery, one he says will be worth the state trooper's time.

Spoils of the Dead 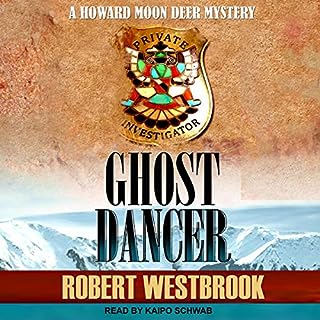 Once a land of Pueblo dwellers, the town of San Geronimo Peak, New Mexico, is prime ski country. PI Howard Moon Deer and ex-cop Jack Wilder are headed there to meet their first client - a former US senator and the ski slope's owner. Instead, they find his body - and a murder case to solve.

The Wind River Reservation agrees to a nuclear-waste storage site in exchange for jobs and millions in revenue. But murder points Vicky Holden and Father John toward a larger plot.
Investigate another Arapaho Indian Mystery.
©1997 Margaret Coel (P)2005 Books in Motion

"Commendable plotting and characterization. A fine addition to a successful series." ( Library Journal)
"Against a vivid landscape and accurate historical backdrop, Coel injects drama and surprise into every corner of her story." ( Booklist

What listeners say about The Dream Stalker

Greed, Conscience and Burying the Dead

The third in the Wind River Reservation Series finds Father John O’Malley awakened in the middle of the night by an old man saying he is dying and asking the priest to come . . . following the old Indian’s instructions to his house, Father John arrives too late. The old man is dead, shot in the head in an isolated cabin. He’s an Arapaho, but his identity is a mystery. And Father John is determined to find out who he was and give him a proper burial before the three days is up and his ghost begins to roam the land, as the Arapaho’s believe. As always, the St. Francis parish is in dire financial straits, and Father John’s new assistant, it seems has been sent to find a solution to the money crisis. The same lack of funds applies to the Indian Reservation, and some financial wizard has come up with the idea of housing a nuclear waste storage facility on the reservation, despite the many health concerns. Arapaho attorney, Vicki Holden tries to caution the people about the possibility of a disaster by allowing the building of such a facility, as does Father John, putting herself and others in danger. This is a series that grips your interest from the start, mixing the wisdom and customs of the Arapaho with the love and kindness of Father John and the mission he runs to help the native people. Always portrayed as human and flawed, as all believers are, Father John faces his own personal demons as he continues to serve and do what he can for the Arapaho. The solving of the murder, the unraveling of the greed and corruption behind the agreement to build the nuclear waste storage facility and the friendship between Vicki Holden and Father John all come together at the end for a superb conclusion. Can’t wait for the next in the series.

my husband and I really enjoyed book. lots of suspences and great ending. can't wait to start next book.