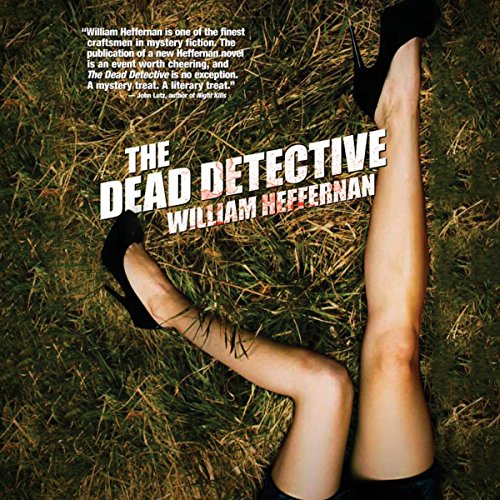 By: William Heffernan
Narrated by: John McLain
Try for $0.00

Harry Doyle was murdered at age 10 by his religious fanatic mother. Resuscitated by the police, Harry comes back from the dead and survives an event that will shape the rest of his life. Twenty years later, he has dedicated his life to putting killers behind bars as a homicide detective who has the unwanted ability to hear the postmortem whispers of murder victims. Dubbed the Dead Detective by his fellow cops, Doyle now faces his most difficult case: a beautiful murder victim who was a notorious child molester. It is a case that will shake Harry to his very core.

What listeners say about The Dead Detective

This book tries to be a "cop noir" story and a supernatural tale. It doesn't quite do either very well. The story is OK if predictable, but each character was a cliche, made worse by the narrator doubling down on their stereotypical nature with his over-the-top interpretations of accents. I felt the author did a poor job of showing how the main character's ability made more difference to the investigation than good intuition and careful detective work. Several very graphic violent murders, consistent with story, if that makes a difference to you. Though the end is obviously the set-up for a next book, I feel it also pointed in a predictable direction and I'm not invested enough in the characters to continue with the series. Overall, moderately entertaining police procedural, but won't satisfy anyone looking for a more supernatural story.