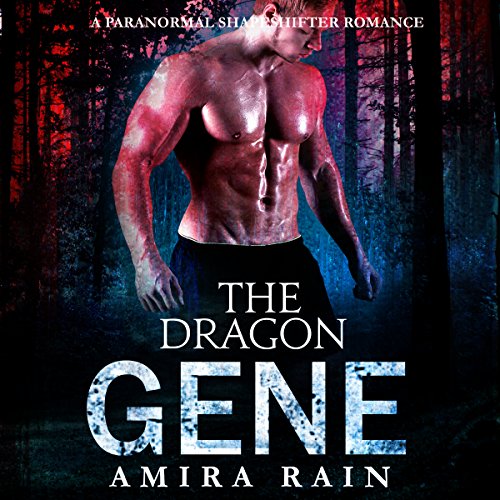 By: Amira Rain
Narrated by: Charlie Boswell
Try for $0.00

In a world where some humans are blessed with a special gene that allows them to shapeshift into different forms, Kylie Donovan has just discovered she is a carrier of The DRAGON Gene. As a result, she is being forced by the government to mate with Matthew, a male carrier of the gene, to produce a special "super baby" that will have two sets of the gene.

However, some genes should never be combined. The results of this match could be about to threaten the existence of the planet - and dragonkind - as they know it.

What listeners say about The DRAGON Gene: A Sensational Paranormal Shapeshifter Romance

Very hard to listen to

This was very difficult to get through. The entire book is told from a woman's perspective, yet the narrator sounds like a big older southern grandpa. This is the first audio book that made me cringe every time I started it. I finished the book, out of stubbornness, with a big sigh of relief.

I liked the story, but it from a women point of review about a man. The narrated by a guy. Kinda hard to imagine it when it’s talk from a guy to a guy.

It was bad. They should have have a women narrate. The play was bad as well. Nothing ever really happened. Way to descriptive about things that didn't matter! Don't know how there is 4 books in this series.

Shit book, great idea but poorly done & worst of all this book is written from a womens point of view & narrated by a guy, I mean who does that??

Would you listen to The DRAGON Gene: A Sensational Paranormal Shapeshifter Romance again? Why?

I think the main character is a little silly but the story line is inventive. Narrator keeps you interested.

This book, indeed , this series sucks

The premise is great. That's the only good thing I can say about the "Were Gene" series. The characterization is terrible, the story line is pedestrian and the narration ( which should be done by a woman since the stories are weitten from a female viewpoint ) is done poorly by a man who sounds very much like Paul Harvey who did the "The Rest of the Story " radio program.

An interesting shifter world. I liked the story, however, the narration was a little off. The sentences often ended on an uptick, as if a question. The beginning has little conversation and is mostly a narration. As the story progresses, there seems to be a bit more. Again it was good, but could have been better. I enjoyed the storyline.

I struggled with this. The narrator has a monotone voice quite often and it sounds as if he's just reading. The story might have been better with a female narrator. Listen to the preview before buying.

The narrator was horrible.
I have listened and read Amira Rain before and enjoyed her stories.
This had the potential for a great story. 3/4 into it, it goes south.
I don't leave written reviews very often but this just had to be shared