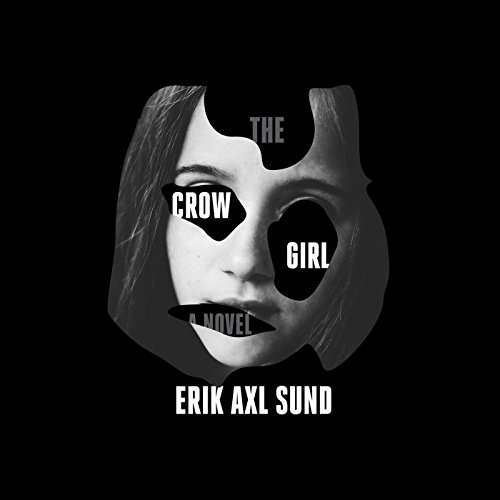 It begins in a Stockholm city park where the abused body of a young boy is discovered. Detective Superintendent Jeanette Kihlberg heads the investigation, battling an apathetic prosecutor and a bureaucratic police force unwilling to devote resources to solving the murder of an immigrant child.

But with the discovery of the mutilated corpses of two more children, it becomes clear that a serial killer is at large. Superintendent Kihlberg turns to therapist Sofia Zetterlund for her expertise in the psychopathology of those who kill, and the lives of the two women become quickly intertwined — professionally and personally. As they draw closer to each other and to the truth about the killings, what surfaces is the undeniable fact that these murders are only the most obvious evidence of an insidious evil woven deep into Swedish society.

What listeners say about The Crow Girl

I GLADLY DISAGREE WITH THE OTHER REVIEWERS!

Wow, I was hesitant to download this book because of other people's reviews. I am glad I downloaded it! The truth about this book is as follows: It's fantastically written, throughout the book it has continuing character development with likable characters, it has a wonderful psychological aspect, deals with disassociative identity disorder (DID) and psychopathy, and has a lot of bang for the buck ($27/267 chapter book, costs one credit, and it can last 1 month of listening)! Also, the book is wonderfully written from a pro-women/feminist standpoint. I am glad it has all 267 chapters! I felt sad when I had no more of the book in which to listen. However, I give a bit of a warning; Thee book is pretty goddamn dark (e.g. The Girl with the Dragon Tattoo), and there are MANY characters. I ended up making a mind map to keep track of all the characters and how they relate to the main characters. The mind map really helped me by keeping things straight, understand how characters played in different aspects of the book, and understand how everyone/thing came together at the books ending. As this is the authors' (two authors under one penname) only English translated book on Audible, I will periodically keep checking for more of their works.

First time author for me, debut novel for the author. In researching the author, I learned that the author is a pseudonym for two Swedes who collaborated to write this book. In Sweden and greater Europe this story was released as a trilogy while in the US as a single volume, hence the length of the book. It was long but we in the US can look at it as three books for the price of one!

This book had to take a lot of research and thought put into all the different elements of the story. This is a dark story, a very dark story. Its roots are in World War II, starting in Ukraine, moving to the Dachau concentration camp in Germany and then to Denmark and Sweden where one of the survivors of the war settled and created a secret sect that over the next several decades did things almost unfathomable to normal society. The Swedish detective that works this investigation has her hands full while her own personal life is unraveling around her.

This isn't the kind of story that brings out the better natures of the human soul. I could put the types of crimes committed in the review but, hey, if you want to know the dark sides of this book, you need to listen to it. I thought the narrator and translator did a good job.

Worth the time and confusion.

First, the performance was excellent. Now on to the book...I loved it. The content was disturbing. And, very well written. To base a book around sexual abuse and psychological problems is not always a good idea. The subject is not one people read about and enjoy. There is a conscious effort made to emphasize the importance of the subject and downplay the acts. What made this a 5 star book was the excellence of the story. Murder mysteries are often trite. This book was anything but. It was long a I often wished it would move faster. When it moved faster I wanted it to slow down. This book did a very credible job of tying up the loose ends at the end and the story line worked. I find myself wishing it was longer! I hope Jeanette is the main character of the next book. There is so much more story to tell.

What a dark, tragic, fascinating story about how life shapes the interior lives we lead and the consequences of other people's madness upon the young. We know so little about each other. Most of our life is lived internally. Wonderful writer. Glad I did not have to labor over all those Swedish, Russian and German names. The narrator did a fine job of navigating them. The ending is bitter sweet but mildly satisfying. Loved this three into one extravaganza. It will stay with me longer than most and isn't that really what a good story is about? Not since The Orphan Keepers Son have I been so jolted.

Where does The Crow Girl rank among all the audiobooks you’ve listened to so far?

I would say The Crow Girl ranks among the top. Not my favorite, but at least a good top 5 or so.

What other book might you compare The Crow Girl to and why?

Specifically, maybe the Girl with the Dragon Tattoo series. I say that because both main characters struggle with past abuse issues, and find ways to overcome and succeed. That and they are both written by Swedish authors.

Have you listened to any of Gabrielle Glaister’s other performances before? How does this one compare?

No - I've not listened to any of Gabrielle Glaister's other performances, this was a first for me. But I would be happy to listen to her again. I think she does a great job and ranks as one of the best I've listened too. I never got bored of her voice, she keeps a good pace, etc.

Due to the length, that would have been impossible, hah. I listen to audio books at work, and have to stop at various times throughout the day for meetings, etc, and this book was one that I definitely wanted to keep going and would get annoyed when I would have to stop. I feel like there's the audio books that make for good work listen material that pass the time, but you don't necessarily get pulled in. Whereas this was one I was invested in and found myself thinking of the characters outside of work (I only let myself listen while at work) and trying to work out the plot.

I enjoyed the length and was super excited when I found this one. This book was originally released in three parts, but when it was published in America, they combined the three books into one so I felt like whoo, three books for the price of one credit. Talk about a win win! I don't get why the heck people thought it was too long. If it was three books, and you liked it, you would continue onto the next, so what's the difference? And yes, there are some graphic parts. Abuse of a child is a difficult subject, especially when it's sexual abuse, but I felt the author did a great job exploring growing up in a traumatic environment and how that can shape you as an adult. And I had no problem with the ending. I don't think it left any unanswered questions. I particularly loves Sophia's ending - ok, spoilers ahead at this point - I loved that the author brought Sophia back to the beginning of where we first meet her as a child and had that be her ending point. I felt like Sophia become her own person at the end, overcame everything, and to drown with all the paper seemed to me a baptism of sorts. Where she had been dealing with the different events in her life by creating different personalities, it's at this end point where she has rid herself of those personalities and it's now just her. Such a raw and real moment.

make sure you start listening on a Friday night,cause this story will make you want to listen all weekend, without a pause! It is dark,very dark,but I wasn't able to function until I listened to all of it!

This book gripped me from the start - and then everything you thought you knew was flipped. So many twists and turns. I can't recommend this highly enough - especially if you loved Girl With The Dragon Tattoo series.

A Labyrinth of Psychological Hell

This is not a pleasant book. it is beautifully written & narrated, but the themes are very disturbing.

I suppose Stieg Larrson first popularized the children-who-are-brutalized-tend-to-become-monsters (especially in Scadanavian countries) genre. This book is another.

Originally this was a trilogy of short novels & I think that it may be best to take a break between parts to help to manage the darkness. Be brave. Cry if you need to. And remember that what appears to be true is not necessary so.

Would you listen to The Crow Girl again? Why?

Yes. It was full of surprises, twists and turns. Fascinating read ... one of the best books I've listened to this year!

I can't wait for the rest of Erik Axl Sund's work to be translated into English.

it's an excellent read! a lot to take in and many emotions all at once all the way through it. I'm going to listen to again, no question. and I hope these two put another book out soon! also, Ms. Glaister did a beautiful job. at times, her voice was the only shimmer of light in this very dark story. thanks all!