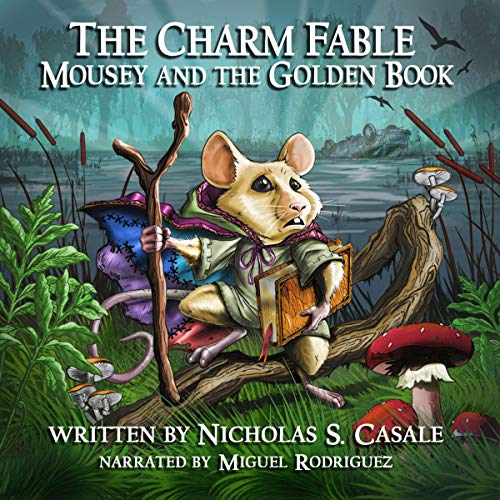 By: Nicholas S. Casale
Narrated by: Miguel Rodriguez
Try for $0.00

Mousefred Souris lives in a world without humanity, and animals have risen to become like people. Mice like him live as slaves under the rule of a cruel cat, who lords over them with her armies of weasels and bats. For the crime of helping an injured stranger, Mousey is imprisoned and told he must either join the evil queen's army or die. But a chance encounter with a golden book sets Mousey on the path to freedom. The book teaches Mousey the secrets of magic, and with these newfound secrets he sets out on a journey to become the hero he was born to be.

What listeners say about The Charm Fable