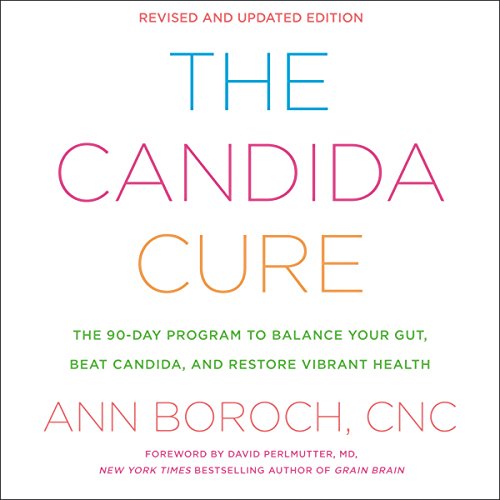 It's not news that Americans are sicker than ever. Seventy million of us suffer from digestive problems like acid reflux, irritable bowel syndrome (IBS), or gastro esophageal reflex disorder (GERD). Another 40 million have been diagnosed with anxiety and/or depression and a staggering 50 million Americans live with an autoimmune disease. But what is newsworthy is that all of these conditions share a common thread you've probably never heard of: candida.

"Candida" is the term for a group of yeast organisms that have lived in our digestive tract for millennia, in harmony with the other thousands of bacteria, viruses, and archaea that make up our microbiome. But due to poor diets, processed foods, overuse of antibiotics, environmental toxins, and increased stress, our microbiome has been under steady and constant attack for decades. Yeast are of a heartier stock than bacterial microbes, and as bacteria die off, yeast begins to overgrow in the digestive tract, a condition known as candidiasis. Mild and moderate cases of candidiasis present with fatigue, IBS, eczema, depression, brain fog, migraines, and weight gain. Severe cases allow the afflicted to develop autoimmune disease (such as multiple sclerosis), cancer, and Alzheimer's.

Ann Boroch's self-published book, The Candida Cure, has been the number-one resource in candida treatment since 2008. Her program - which she used to heal herself from a life-threatening autoimmune disorder - has stood the test of time, and has become a life-changing resource for more than 65,000 people. Now, in this revised edition, listeners have even more tools, with updated information and case histories, a quick start cleanse, and all-new recipes and eating plans.

Great information, easy understanding, very helpful, enjoyed what was said. would refer to friends and family.

I found this book after doctors had failed to help me figure out my severe digestive issues. In early 2018, I suffered from an attack of acute bronchitis. My doctor initially misdiagnosed this and gave me antibiotics that were unnecessary. Then, with the proper diagnosis from another doctor, I was given steroids and breathing treatments. While this cured the bronchitis, the antibiotic treatments and other medications had severely depleted the good bacteria in my gut, allowing the bad bacteria to run rampant. Because of this, I suffered severe and constant indigestion, bloating, weight gain etc. I didn't know what was happening to me and neither did my doctor. Again he misdiagnosed me with high stomach acid and prescribed antacids which made things even worse! Needless to say, I no longer see this doctor. So while all of this is going on, I got proactive and did my own research, starting with the question, "why are my antacids making my stomach worse?". This led me to the commonly undiagnosed LOW stomach acid, which I apparently had. The next step was finding out WHY my stomach acid had suddenly plummeted to this catastrophic level. This question led me directly to the gut microbiome... Good bacteria vs. Bad bacteria. Candida overgrowth due to the devastation caused by overuse of antibiotics. Armed with this knowledge I took my health into my own hands. After over 6 months of dealing with this hell, the information in The Candida Cleanse helped me to solve and cure my problem in a few short weeks!! I was amazed. I have no more indigestion, I can eat regular meals again, my weight is back under control, I feel more energetic and actually healthier than before. This book seriously saved my life when the doctors had failed me and it has changed my life on a whole. I have much love and respect for Ann Boroch and all that she accomplished in this book and in her lifetime. May she rest in peace knowing what a difference she has made for so many.
#candidacure #healthyliving #selfhelp #thankful #tagsgiving #sweepstakes

One question..she keeps referring to pdf files and i have had no luck finding them. Any suggestions or help would be very much appreciated

The late doctor but a lot of work into this book. There’s nothing vague and. I answer left unanswered. I hope she is resting in heaven.