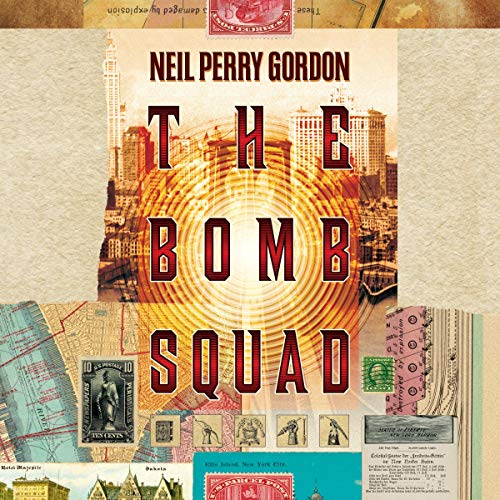 By: Neil Perry Gordon
Narrated by: Frank Block
Try for $0.00

At the stroke of midnight, a devastating explosion at Black Tom Island, an armaments depot, rocks New York City awake; and so begins this story of two patriots in World War I, each willing to put his life on the line in order to achieve a glorious victory for his cause.

Serving the Fatherland is Dr. Harold Schwartz, administrator of the prestigious Ellis Island Immigrant Hospital and a German spy. Along with his father, a dealer in lethal weapons and a lifelong friend of Kaiser Wilhelm, Schwartz is hell-bent on distracting the Americans from entering the war.

Meanwhile, the British Secret Intelligence Service recruits highly regarded New York City police detective Max Rothman to assemble a team of German-speaking specialists, known as the Bomb Squad. Their mission is to investigate the sudden surge of German espionage activity wreaking havoc along the Eastern Seaboard and among steamships attempting to cross the Atlantic.

The Bomb Squad follows these men’s exploits through an interconnecting tale of love, loss, friendship, and betrayal, stretching from American shores to the epicenter of German power during a time when the world is at war.

What listeners say about The Bomb Squad