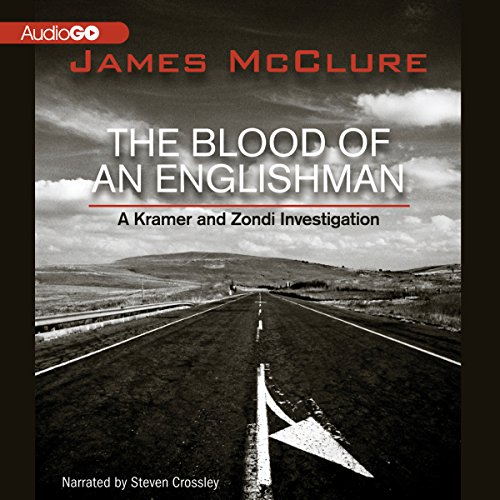 The Blood of an Englishman

Six days into their search for a man who put a .32-caliber bullet into a South African antique dealer, neither Kramer of the Murder Squad nor his Bantu assistant, Zondi, has a single lead in the case. On the seventh day, Mrs. Digby-Smith opens the trunk of her car and discovers the hideous, tied-up corpse of her younger brother. Two violent crimes - seemingly unconnected. But as Kramer and Zondi pursue their investigation, startling connections turn up in the sordid underworld of Terkkersburg and in the secret, unresolved enmities of World War II.

What listeners say about The Blood of an Englishman

His best one so far.

A friend introduced me to this author prefacing the introduction by saying the series improves. She is right. Up to this point the novels in this series have been interesting in their potential: Aparthied South Africa setting and main characters. The novels, however, failed to really build on the potential. In this one, McLure finally gets the balance in his favor.

If the next books each improve on this one, I will surely weep at the last knowing there will be no more.

Racist, twee, and very dated. Couldn’t get a quarter thru the story. Don’t waste your time.