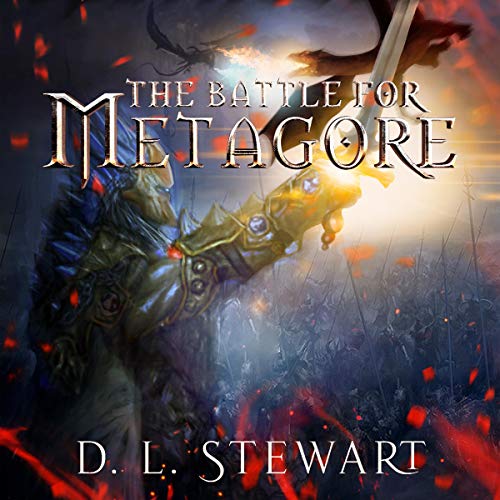 The death of the beloved Lord of Metagore, followed by the crowning of a successor, stirs discontent among the grand dukes.

They decide to deviate from the kingdom, and each assumes lordship over their own realms. The new lord, angered by the rebellion, declares war on the renegade dukes, now claiming to be lords. Unexpected twists and obstacles surface as the battle for the crown ensues. Who will prevail in the battle for Metagore?

Pick a side, and see how long they will survive the armies of their foes, the dangerous wildlife lurking around every corner, and the sometimes-fatal climates.

What listeners say about The Battle for Metagore

A long but good adventure

The 5 stars is attribute to a good book with an excellent reading of it that makes it great! It’s long, and a lot of characters and places to remember and took me 2 listens for me to gather it all. The distinct voices helps for sure and the detail the author gives prints a picture for you. I do wish their were more sound effects especially during battles. Worth your time to listen.