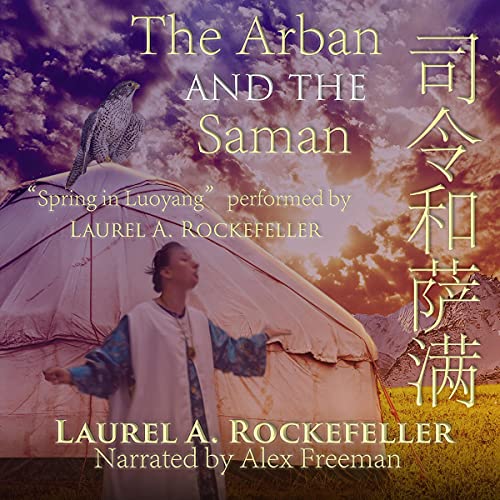 The Arban and the Saman

By: Laurel A. Rockefeller
Narrated by: Alex Freeman
Try for $0.00

It is the year 1211 CE. Five years after being declared "khan," Chinggis Khan and his invading hordes are sweeping across the North China plain, right into the n?zhen heartland. Their objective: conquest of the mighty Jin Empire.

Among those sent into Liaoning is a low-ranking officer (an arban) named Mongke Nichan, a spiritual man on a personal quest to find his soulmate and fulfill a prophesy long lingering in his heart.But physical conquest and winning her love are completely different matters, especially coming from a man rightfully considered her enemy. Powerful spiritual forces are at work in this wartime romance deeply seeped in Mongol, Jurchen, and Chinese religion and culture.

What listeners say about The Arban and the Saman

This is a fascinating and enjoyable story with some excelent descriptions. It contains some intimate scenes,, which are detailed enough for you to be clear what's happening and how, but they're tastefully written. Also, I listened to the audio version of this book, and the author singing in the places where the main female character would be is a nice touch.

My only complaint with this book is that a lot of the phrases some of the characters use feel too modern. I appreciate that the author was writing this for a modern audience, and also mainly in a language the characters wouldn't have been using. But often when the characters spoke it felt like a modern setting rather than the historical one it was meant to be. Now, it is possible this was just me, and others may not feel that way. But that's how it felt to me, and is what stops me giving this book the full five stars.